North America Mezcal Market is expected to grow with the CAGR of 26.0% in the forecast period of 2022 to 2029. The years considered for study are as mentioned below.

The major players dealing in North America mezcal market are introducing strong range of products provider along with adopting strategic initiative such as partnership, acquisition, business expansion, award and recognition into the market. This helped companies to maximize the sales with enhanced product portfolio. 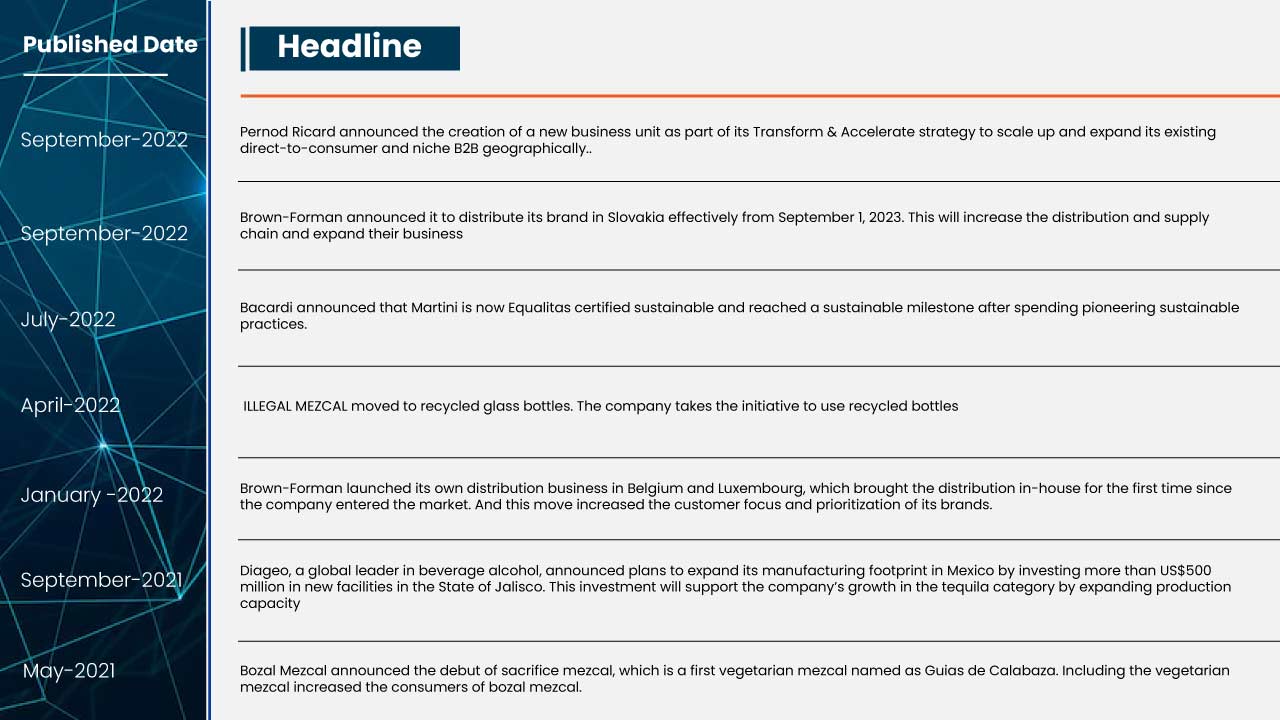 Bacardi, was founded in the year 1862, headquarter in Bermuda. The company focused on production, development distribution of variety of spirits along with variety of flavours. The company offers product categories including Patron, Roca Patron, Gran Patron, XO Café, Limited Edition and Patron is the market focused category.

According to Spirits Writer Chris Tunstall, the Most Common Varieties of Agave Utilized for Mezcal are Tobalá, Tobaziche, Tepeztate, Arroqueño, and Espadín, which is the Most Common Agave and Accounts for up to 90% of Mezcal