North America Wearable Medical Devices Market is expected to grow with the CAGR of 17.9% in the forecast period of 2020 to 2027. The years considered for study are as mentioned below:

The major players dealing in North America wearable medical devices market are introducing strong range of products provider along with launching new products and adopting strategic initiative such as acquisition, agreement into the market. This helped companies to maximize the sales with enhanced product portfolio. 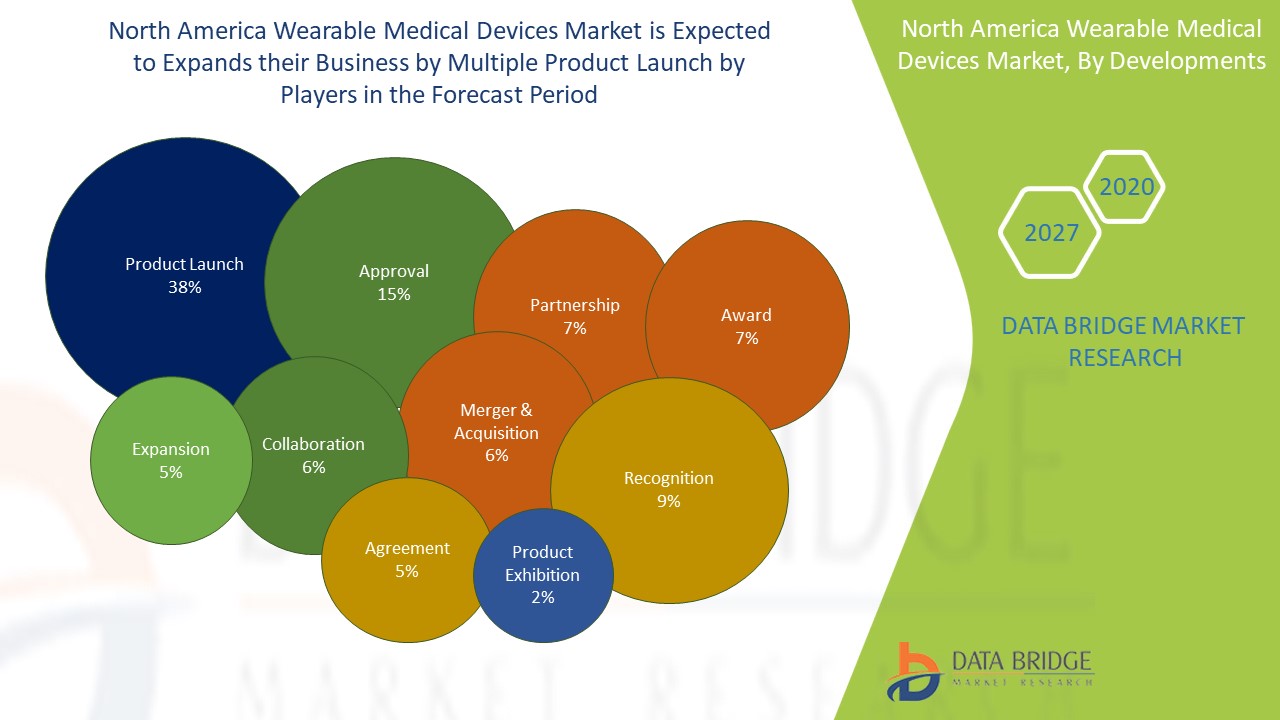 Apple Inc. is headquartered in California U.S. The company was established in 1977. The company mainly focuses on designing, manufacturing and marketing of smartphones, personal computers, tablets, wearables and accessories, and sells a variety of related services. The company is providing products under iPhone, Mac, iPad, Watch, TV and Music product categories. The market focus products lie under watch category. The company is engaged in continuous development of wearable medical devices.

Abbott is headquartered in Illinois, U.S. was founded in 1888. The company is engaged in manufacturing products in diagnostics, medical devices, nutrition and branded generic pharmaceuticals that help people to live healthier lives, full of unlimited possibilities. The company has multiple business segments such established pharmaceutical products, nutritional products, diagnostic products and medical devices, in which diagnostic products is the market focused segment.

Xiaomi is headquartered in Beijing, China, was founded in 2010. The company is focused mainly in manufacturing and selling smartphones and smart hardware connected by an IoT platform at its core. The company is engaged in providing products in categories like Mi Phones, POCOPHONE, Redmi Phones, Mi TV and Smart Devices among which smart devices is the market focused category.