Switzerland Tumor Ablation Market is expected to grow with a CAGR of 5.1% in the forecast period of 2020 to 2027. The years considered for study are as mentioned below:

The major players dealing in Switzerland tumor ablation market are introducing strong range of ablation provider along with launching new ablation and adopting strategic initiative such as acquisition, agreement, business expansion, award and recognition into the market. This helped companies to maximize the sales with enhanced product portfolio. 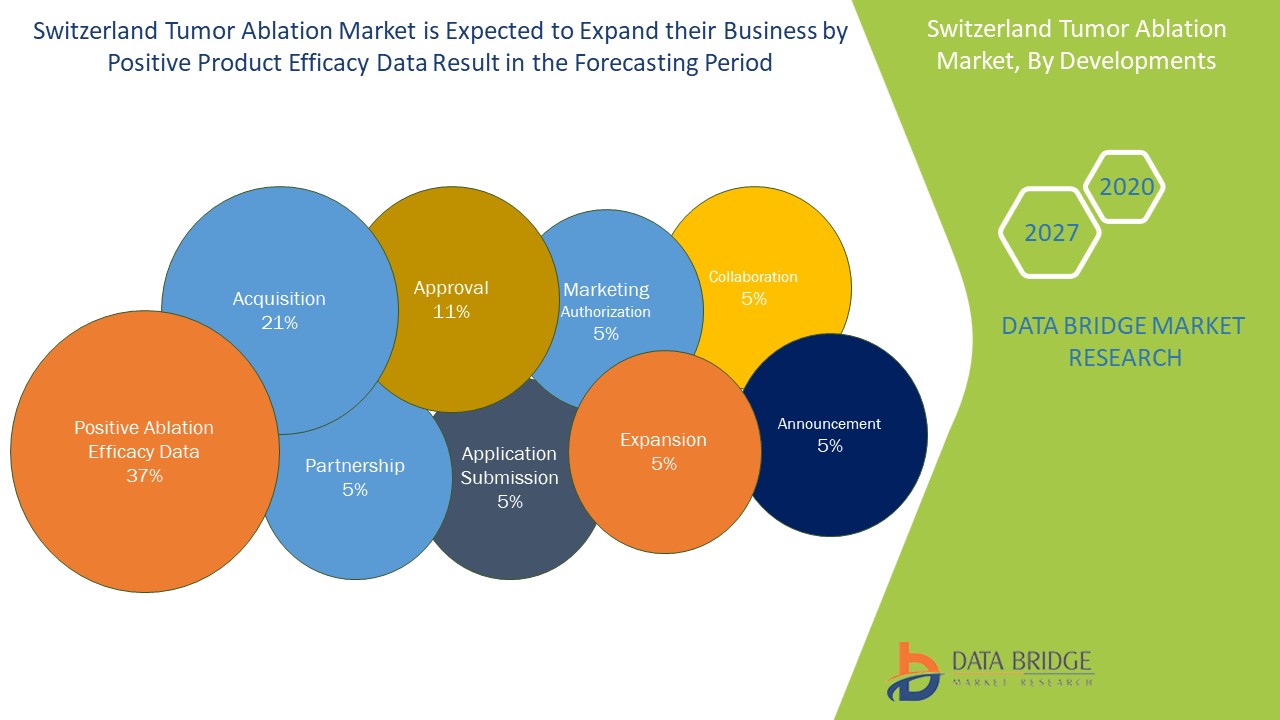 Medtronic’s is headquartered in Dublin, Ireland and it mainly focuses on contributing to human health by application of biomedical engineering in the research, design, manufacture and sale of instruments and appliances that elevate pain and extend life. The company has three business segments including cardiac and vascular group, minimally invasive therapies group, restoratives therapies group and diabetes group.

Boston Scientific Corporation is headquartered in Maryland, United States was founded in 1969. The company focuses on transforming lives to innovative medical solutions that improve the health of patients around the world. The company has wide product portfolio including access devices health, RF ablation, catheter ablation and cryoablation among others in which cryoablation, RF ablation are market focused category.