U.S. Driving Simulator Market is expected to grow with the CAGR of 8.4% in the forecast period of 2020 to 2027. The years considered for study are as mentioned below:

The major players dealing in U.S. driving simulator market are introducing strong range of product portfolio. This helped companies to maximize the sales with enhanced product portfolio. For instance, in April 2020, FAAC Incorporated launched simulation-based situational awareness training; which is launched to make the roads safer by providing simulation training to individuals of the worse-case scenario without any real accidents. The new training will increase the customer base of the company. 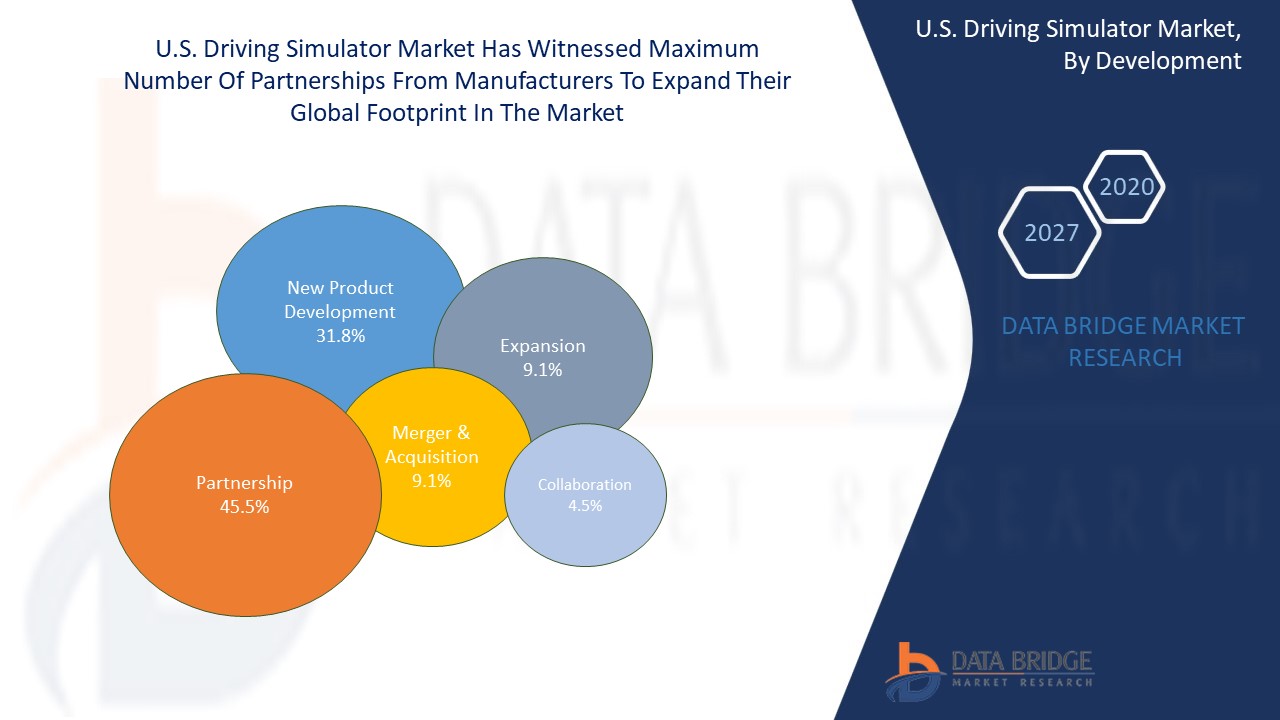 L3 HARRIS TECHNOLOGIES, INC.is headquartered in Florida, U.S. and was founded in year 1997. The company is engaged in providing simulation solutions for the application in defense, aerospace and commercial uses. The company operates in Integrated Mission Systems, Space and Airborne Systems, Communication Systems, Aviation Systems, Other segments out of which others is market focused segment. The company offers wide range of solution categories such as driving simulators, program assessment, training courseware, training curriculum in which driving simulator is market focused category.

NVIDIA Corporation is headquartered in California, U.S. was founded in 1993. The company is engaged in integrating GPU with deep learning and artificial intelligence to enhance the automation capabilities in computers, self-driving cars and robots. The company operates in GPU and Tegra Processor segments out of which Tegra Processor is market focused segment. The company offers product categories which are Autonomous Machines, Data Center, Deep Learning & AI, Design And Pro Visualization, Healthcare & Life Sciences, Self-driving Cars, Gaming & Entertainment out of which Self-driving Cars is market focused category.