Okta, Microsoft, IBM Corporation, are dominating the U.S. Identity as a Service (IDaaS) Market in 2020

U.S. Identity as a Service (IDaaS) Market is expected to grow with a CAGR of 15.7% in the forecast period of 2021 to 2028. The years considered for the study are as mentioned below.

U.S. Identity as a Service (IDaaS) market is consolidated, which includes a specific number of key players as well as local players. The market has witnessed increased strategic developments owing to favourable market scenarios.

The major players dealing in U.S. Identity as a Service (IDaaS) market are introducing a strong range of product portfolios. This helped companies to maximize sales with an enhanced product portfolio.

Okta is the dominating player in U.S. Identity as a Service (IDaaS) market. The other key players existing in the market include Microsoft, IBM Corporation, among others. 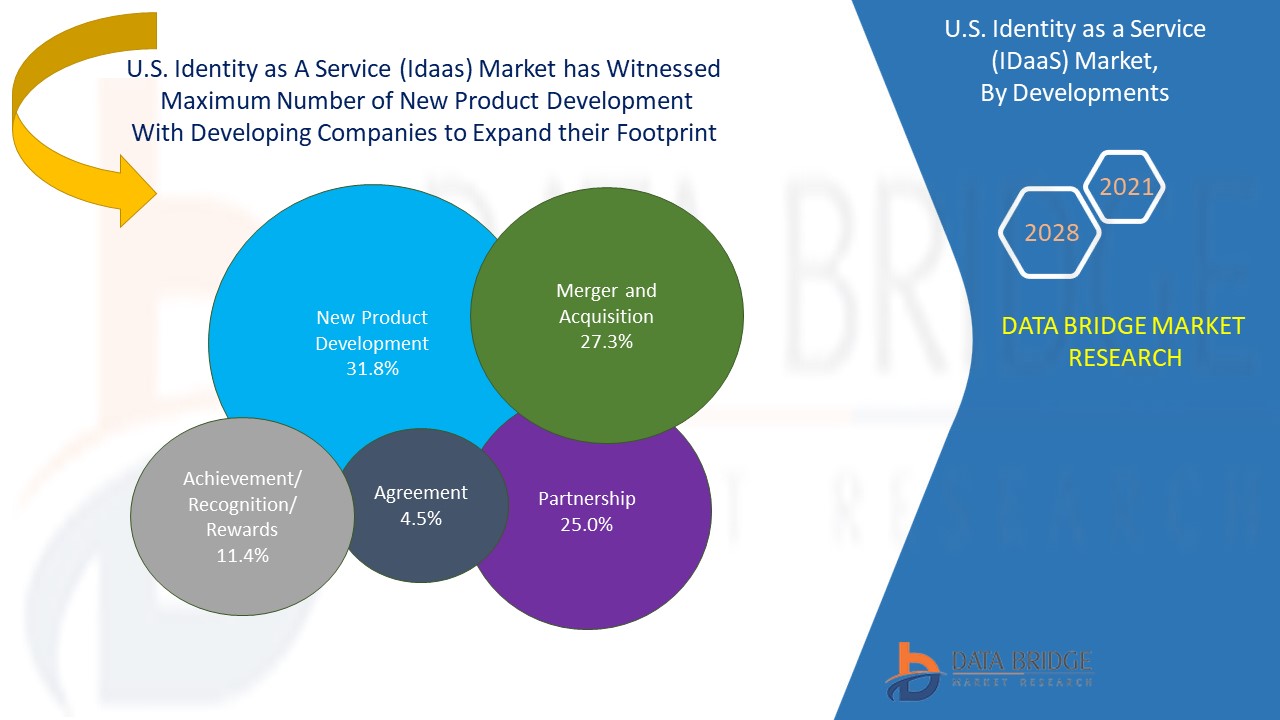 Okta was incorporated in 2009 and is headquartered in California, U.S. The company is engaged in developing and providing identity solutions to customers. The product and solution categories of the company include Identity Cloud. The market-focused category is Identity Cloud.

The company has a presence in North America, Europe, Asia-Pacific. In addition to it, the company also generates its revenue from various subsidiary companies such as Okta Australia Pty Ltd. (Australia), AuthClub Inc. (U.S.), SpydrSafe Mobile Security Inc. (U.S.), and among others.

IBM Corporation was incorporated in 1911 and is headquartered in New York, U.S. The company is engaged in manufacturing and providing new security technological solutions for businesses in various industries. The business segments of the company include cloud and cognitive software, global business services, global technology services, and global financing, where the market-focused business segment is cloud and cognitive software. The product and solution categories include automation, top software trials, discounts, and special offers, analytics, blockchain, cloud, industries, business operations, I.T. infrastructure, security, sterling supply chain, Watson, and others. The market-focused category is security.

The company has a presence in North America, Europe, Asia-Pacific, the Middle East and Africa, and South America. In addition to it, the company also generates its revenue from various subsidiary companies such as Red Hat Software (Americas), IBM India Private Limited (India), Weather Underground (U.S.), Aspera (U.S.), Fiberlink Communications Corp. (U.S.), among others.

U.S. Identity as a Service (IDaaS) Market – Industry Trends and Forecast to 2028