U.S. Nut-Based Milk Market is expected to grow with the CAGR of 12.4% in the forecast period of 2020 to 2025. The years considered for study are as mentioned below.

The major players dealing in the U.S. nut-based milk market are introducing strong range of product portfolio. This helped companies to maximize the sales with enhanced product portfolio. For instance, in March 2020, Bolthouse Farms, Inc. announced that it has entered into an agreement to acquire Arizona-based Rousseau Farming Company's carrot operations.” This acquisition has helped the company to serve the customers better by bringing more fresh and healthy, locally grown carrots to them in the Southwest," said Bolthouse Farms CEO Jeff Dunn. 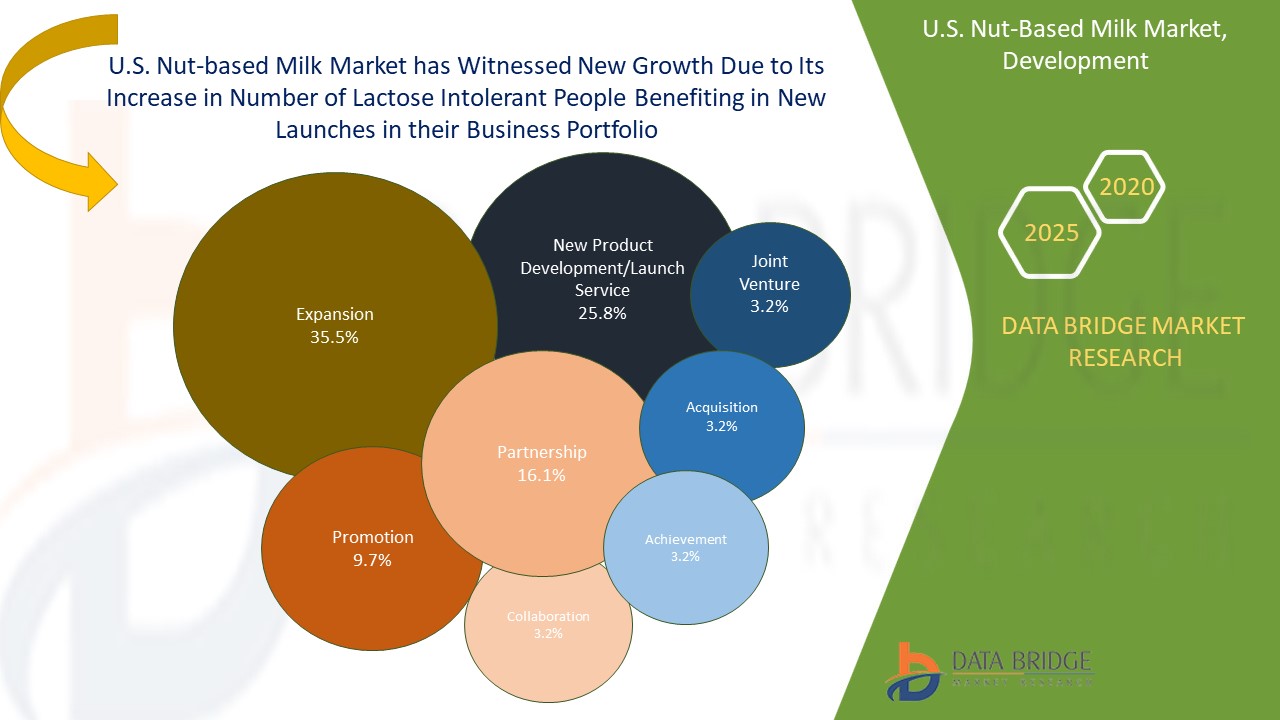 DANONE is headquartered in Paris, France and was founded in 1919. The company focuses on wide range of plant-based products and offer variety fresh dairy products and ensures that it becomes a natural part of consumers’ healthy eating habits throughout the day. The company has wide range of product categories such as, silk, so delicious, activia, danonino, vega, alpro among which so delicious, silk is the market focussed category.

Blue Diamond Growers is headquartered in California, U.S., which was established in 1910. The company focuses on agricultural and marketing cooperation that specializes in almond. It is a nut processing and marketing company which produces almonds in various forms including roasted almonds and almond milk. The company offers wide range of product category in classic snack almonds, crafted snack almonds, almond breeze, nut-thins, baking ingredients and protein, where the market focused category is almond breeze.

The company has a presence in Americas, Europe, Asia-Pacific, Middle East and Africa.

The company has presence in the U.S., U.K., and Australia.

DANONE, Hain Celestial and The Coca-Cola Company are Dominating the Europe Nut-Based Milk Market in 2019