U.S. Tahini Market is expected to grow with the CAGR of 4.7% in the forecast period of 2020 to 2027. The years considered for study are as mentioned below.

The major players dealing in the U.S. Tahini market are introducing strong range of product portfolio. This helped companies to maximize the sales with enhanced product portfolio. For instance, In February 2015, Prince Tahina Ltd. has received NOP certificate, Secal Israel which said that the company offered its products according to the USDA organic regulation, 7 CFR part 205. This showed that the company follows all rules and regulations while producing products. 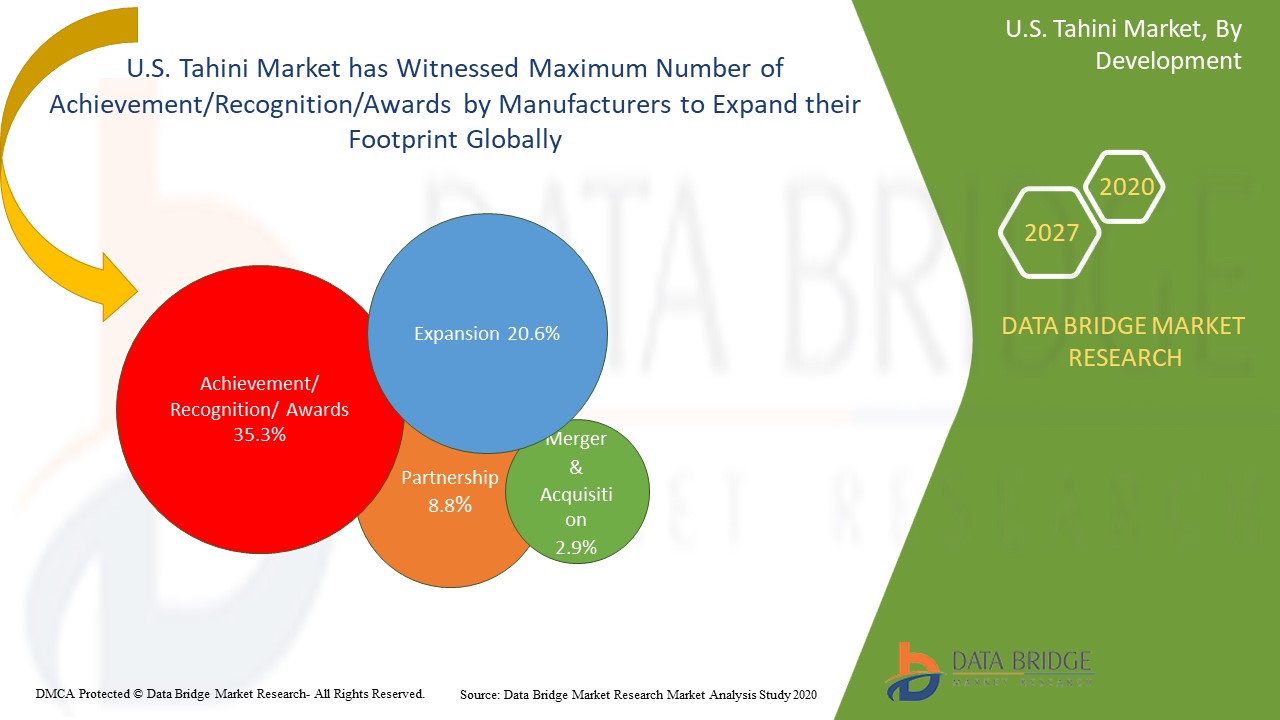 Prince Tahina Ltd., headquartered in Israel was founded in 1988. The company focuses producing and supplying premium quality, naturally healthy Tahini to its consumers based across the world. The company provides has various business segments that are natural tahini, whole tahini, organic tahini, and seasoned tahini.

The company has presence across the globe in North America, South America, Europe, Asia-Pacific, Middle East and Africa.

The company has presence only in the U.S.