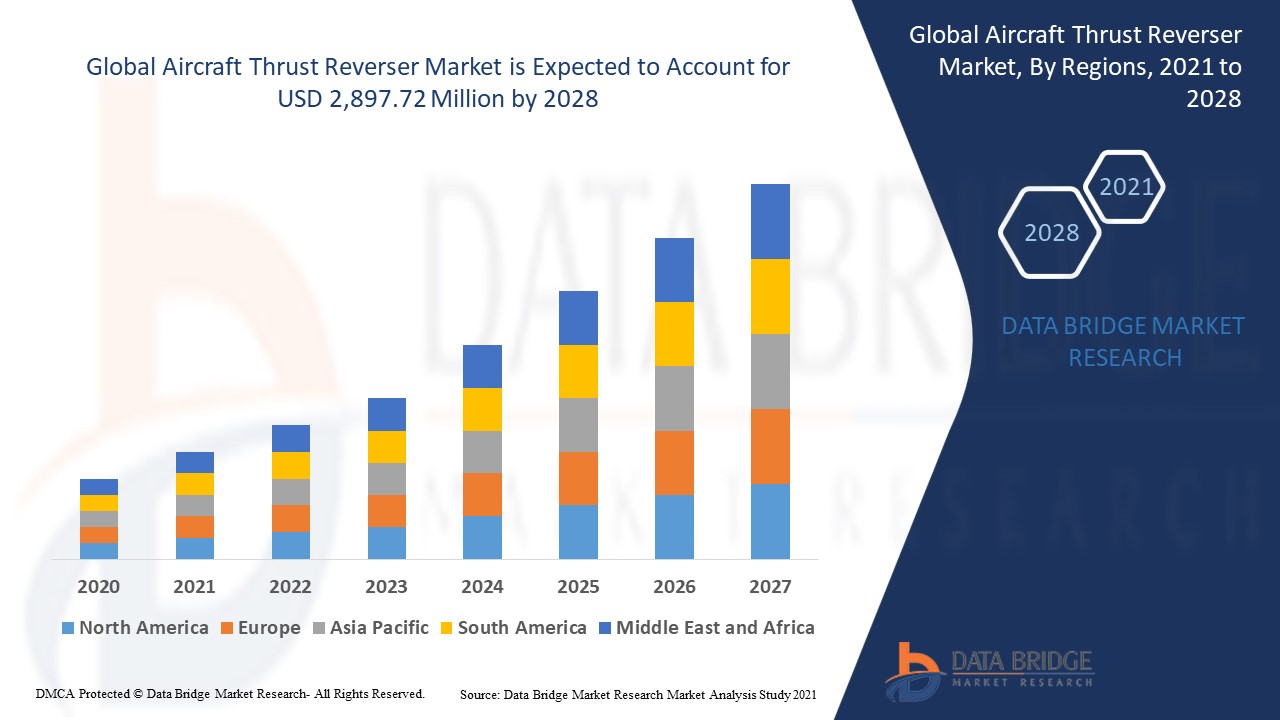 Aircraft thrust reverser refers to a part of engine nacelle systems that are generally placed at the exhaust in order to reverse the flow of gases efficiently for achieving deceleration. Thrust reversers are installed in the modern aircraft because of the rise in the emphasis on providing safety to their passengers. The aircraft engine's thrust is temporarily directed forward by the aircraft's propulsion system and thrust reverser.

The increase in the air travel and use of narrow-body aircrafts across the globe especially in the Asia-Pacific region, acts as one of the major factors driving the growth of aircraft thrust reverser market. The rise in the concerns regarding the safety and security of their passengers because of the past number of cases causing high casualties and employment of numerous workers for cross-checking of the safety of an aircraft by the government accelerate the market growth. The growing popularity of strategic agreements to design and develop thrust reverser for single-aisle aircraft and the surge in the short to medium haul air travel demand further influence the market. Additionally, rise in safety regulations for aircraft, increase in the investments, growth in commercial aircraft and surge in disposable income of people positively affect the aircraft thrust reverser market. Furthermore, increase in demand for lightweight aircraft thrust reversers and advent of new aircraft manufacturers in the Asia Pacific extends profitable opportunities to the market players in the forecast period of 2021 to 2028.

The aircraft thrust reverser market is segmented on the basis of product, component, manufacturing process, mechanism, aircraft and end user. The growth among segments helps you analyze niche pockets of growth and strategies to approach the market and determine your core application areas and the difference in your target markets.

North America dominates the aircraft thrust reverser market because of the high demand for new aircraft and replacement of aging fleets. Asia-Pacific is expected to witness highest growth during the forecast period of 2021 to 2028 because of the rapid modernization programs in the region.

Data Bridge Market Research is a leader in consulting and advanced formative research. We take pride in servicing our existing and new customers with data and analysis that match and suits their goal. The report can be customized to include production cost analysis, trade route analysis, price trend analysis of target brands understanding the market for additional countries (ask for the list of countries), import export and grey area results data, literature review, consumer analysis and product base analysis. Market analysis of target competitors can be analyzed from technology-based analysis to market portfolio strategies. We can add as many competitors that you require data about in the format and data style you are looking for. Our team of analysts can also provide you data in crude raw excel files pivot tables (Fact book) or can assist you in creating presentations from the data sets available in the report.

The Global Aircraft Thrust Reverser Market is Projected to Grow at A CAGR of 2.50% During the Forecast Period