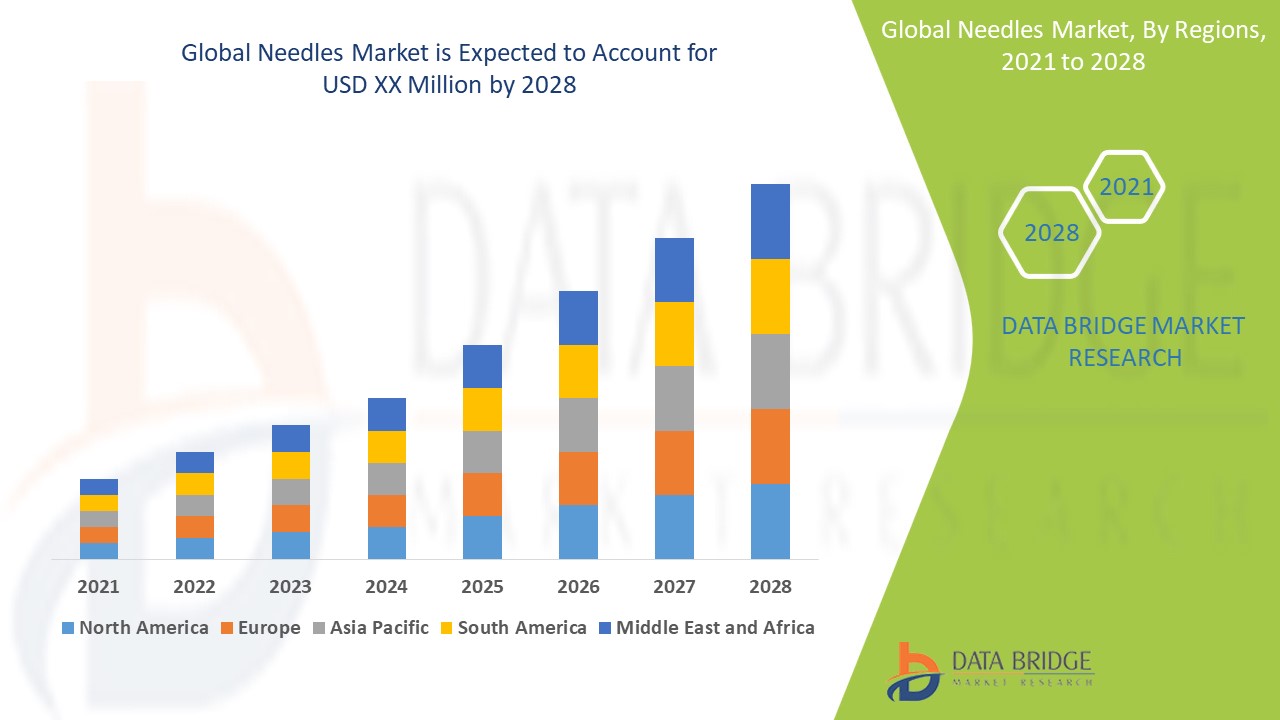 Needles are referred to be utilized with injections to provide medications to the body. They are utilized for several implementations such as dental, blood collection, surgeries, and so forth. It is adjusted in the part of the syringe and has three parts such as bevel, long shaft, and hub.

The needles market is analyzed, and market size insights and trends are provided by country, type, and end-user as referenced above.

The country section of the needles market report also provides individual market impacting factors and changes in regulation in the market domestically that impact the current and future trends of the market. Data points such as consumption volumes, production sites, and volumes, import-export analysis, price trend analysis, cost of raw materials, downstream and upstream value chain analysis are some of the major pointers used to forecast the market scenario for individual countries. Also, the presence and availability of global brands and their challenges faced due to large or scarce competition from local and domestic brands, the impact of domestic tariffs, and trade routes are considered while providing forecast analysis of the country data.

Data Bridge Market Research is a leader in advanced formative research. We take pride in servicing our existing and new customers with data and analysis that match and suits their goal. The report can be customized to include price trend analysis of target brands understanding the market for additional countries (ask for the list of countries), clinical trial results data, literature review, refurbished market, and product base analysis. Market analysis of target competitors can be analyzed from technology-based analysis to market portfolio strategies. We can add as many competitors that you require data about in the format and data style you are looking for. Our team of analysts can also provide you data in crude raw excel files pivot tables (Factbook) or can assist you in creating presentations from the data sets available in the report.

Global Hypodermic Needles Market is Expected to Rise to an Estimated Value of USD 4,917.26 Million by 2026

The Global Lancet and Pen Needles Market is Projected to Grow at A CAGR of 9.75% During the Forecast Period

Global Spinal Needles Market is Rising Exponentially at Rate of 6.20% During the Anticipated Period