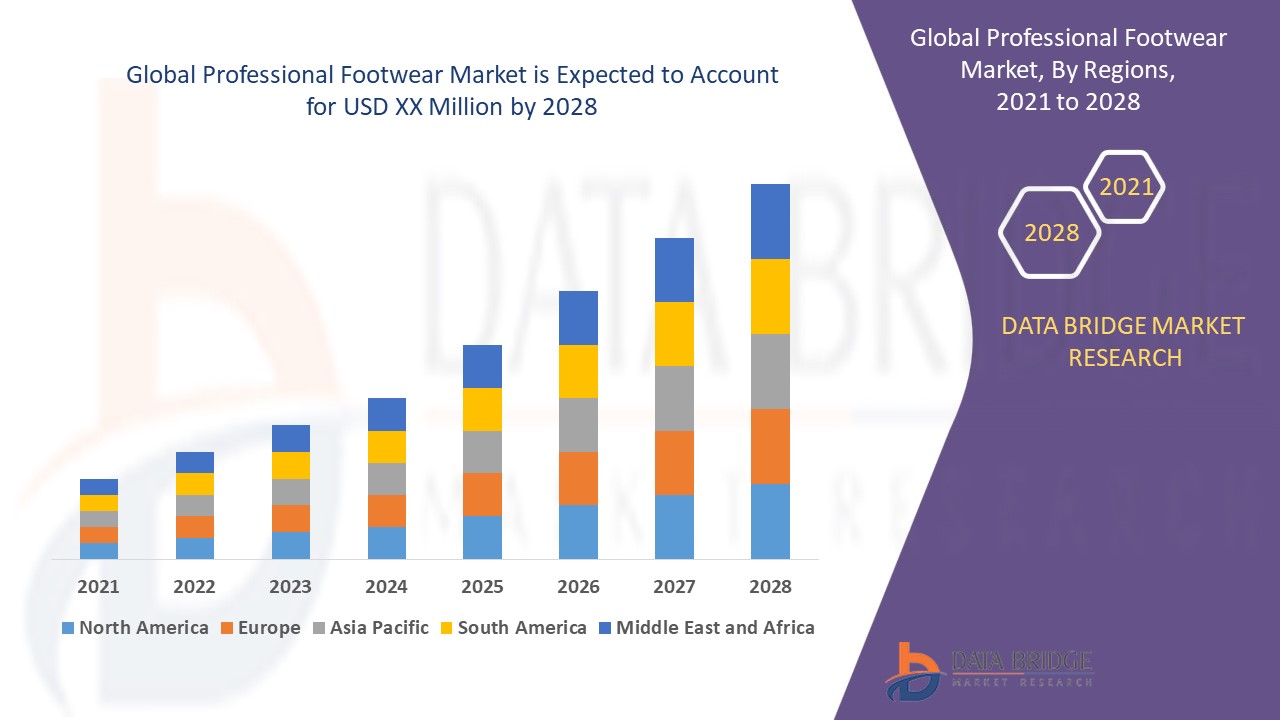 On the flip side, rising competition for comparable products from smaller producers will pose a major long challenge to the growth of the market in the run. Also, fluctuations in the prices of raw materials will further derail the market growth rate. Increased availability of falsified official footwear will also create hindrances for the market and dampen the market growth rate.

The professional footwear market is segmented on the basis of type, leather type, end-users, material, and distribution channel. The growth amongst the different segments helps you in attaining the knowledge related to the different growth factors expected to be prevalent throughout the market and formulate different strategies to help identify core application areas and the difference in your target markets.

The professional footwear market is analysed, and market size, volume information is provided by country, type, leather type, end-users, material, and distribution channel as referenced above.

North America dominates the professional footwear market and will continue to extend its dominance owing to the rising demand for usage of athletic and non-athletic footwear and the presence of major players in the region. Asia-Pacific region is, however set to score the highest compound annual growth rate (CAGR) for the forecast period. Rising personal disposable income, rapid globalization, westernization, modernization, and ever-rising population are some major market growth determinants for this region. Rising consumer usage base in the developing countries for example China, India, and Indonesia, will also foster the growth of market in this region.

The country section of the professional footwear market report also provides individual market impacting factors and changes in regulation in the market domestically that impacts the current and future trends of the market. Data points such as consumption volumes, production sites, and volumes, import-export analysis, price trend analysis, cost of raw materials, downstream and upstream value chain analysis are some of the major pointers used to forecast the market scenario for individual countries. Also, presence and availability of global brands and their challenges faced due to large or scarce competition from local and domestic brands, impact of domestic tariffs and trade routes are considered while providing forecast analysis of the country data.