Asia-Pacific Orthopedic Implants Market is expected to grow with the CAGR of 6.6% in the forecast period of 2020 to 2027. The years considered for study are as mentioned below.

The major players dealing in Asia-Pacific orthopedic implants market are introducing strong range of product portfolio. This helped companies to maximize the sales with enhanced product portfolio. For instance, In November, Johnson & Johnson Services, Inc. announced that its medical device company named DePuy Synthes has launched its product named SYMPHONY Occipito-Cervico-Thoracic (OCT) System. This new product launched by the company has increased its demand and sales in the market leading to increased revenue in future. 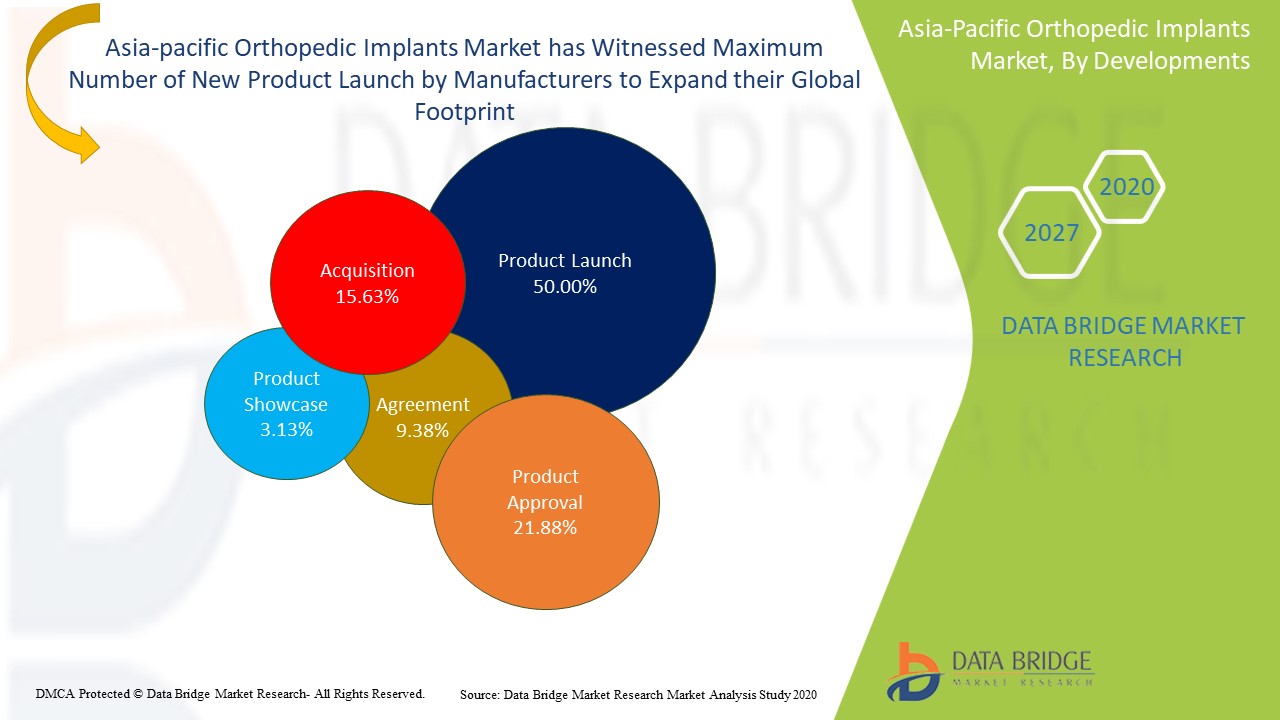 Johnson & Johnson Services, Inc. has headquartered in New Jersey, U.S. was founded in 1887. The company is engaged in the research and development, manufacturing and sale of the broad range of products in the health care field. The company offers its products through several brands such as Acclarent, Biosense Webster, CERENOVUS, DePuy Synthes, Ethicon, Mentor & Sterilmed. The products are available in several categories such as Consumer Health Products, Medical Devices, and Pharmaceutical Products.

Zimmer Biomet headquartered in Indiana, U.S. was founded in year 1927. The company is engaged in designing, manufacturing and marketing of orthopedic reconstructive products, sports medicine, biologics, extremities and trauma products among others. The products are available in several categories such as Patients and Caregivers & Medical Professionals.

Stryker headquartered in Michigan, U.S. was founded in year 1946. The company is focused on offering innovative products and services in orthopaedics, medical and surgical, and neurotechnology and spine that helps improve patient and hospital outcomes. The products are available in several categories such as Medical & Surgical Equipment, Orthopaedics, Neurotechnology and Services.