Microgen, Fixed-Phage Limited and MICREOS are Dominating the Europe Bacteriophages Therapy Market in 2021

Europe Bacteriophages Therapy Market is expected to grow with a CAGR of 5.1% in the forecast period of 2021 to 2028. The years considered for the study are as mentioned below.

The major players dealing in the Europe bacteriophages therapy market are introducing a strong range of products provider along with launching new products and adopting strategic initiatives such as acquisition, agreement, business expansion, award, and recognition into the market. This helped companies to maximize sales with an enhanced product portfolio. 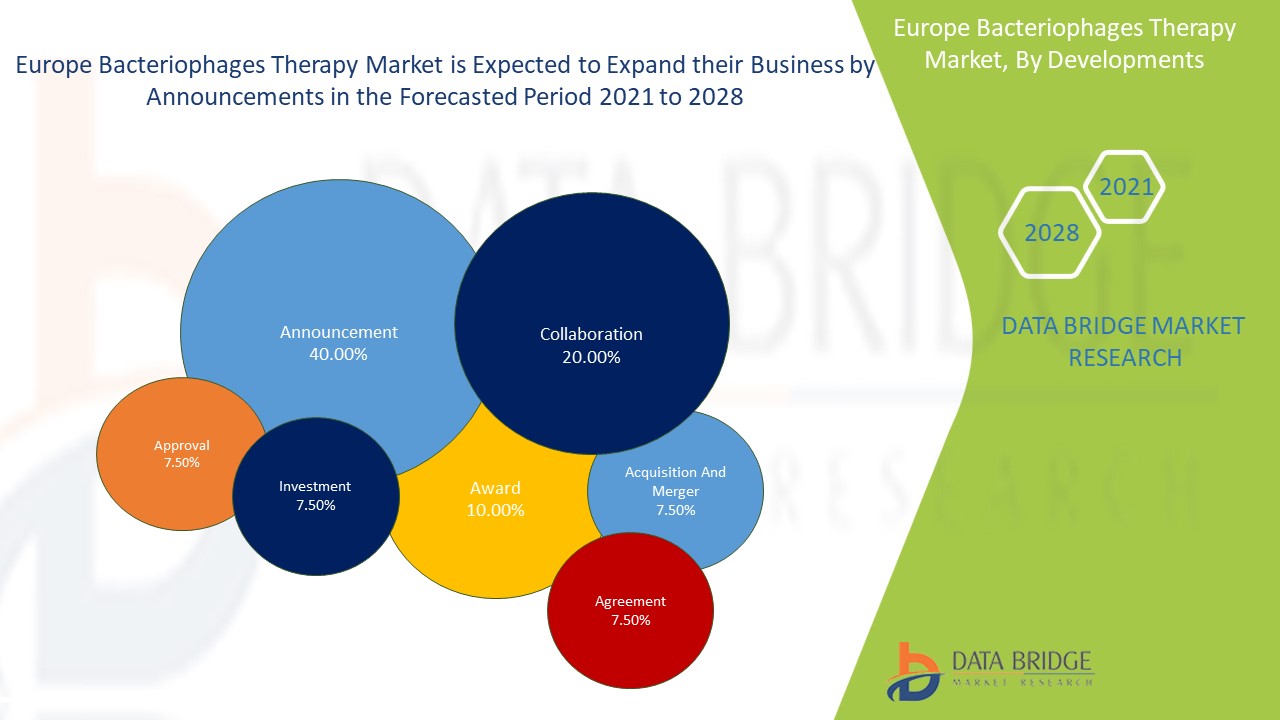 Microgen headquarter is in Russia, Europe, founded in 2003. The company focuses on developing highly effective preparations for healthcare by creating competitive production units in the sphere of biotechnology. The company has wide product categories such as vaccines, allergens, anatoxins, toxins, bacteriophages, immunomodulators, interferons, blood products, sera, culture media, medical devices for diagnostics in vitro, other products, among others in which bacteriophages is the market-focused category. The company is attaining lucrative growth through several strategic initiatives.

The company has a wide presence across Europe.

The company has a wide presence across U.K.

MICROES is headquartered in The Hague, The Netherlands and was founded in 2005. The company is focused on spearheading this exciting new fields. The company has various product categories that are Human Health, Food Safety, Agriculture, Animal Health in which Food Safety is the market focused product. The company is attaining lucrative growth through several strategic initiatives.

The company has a presence across the The Netherlands