The Europe Gas Exchange Pulmonary Function Testing Market is expected to grow with a CAGR of 7.5% in the forecast period. The years considered for the study are as mentioned below. 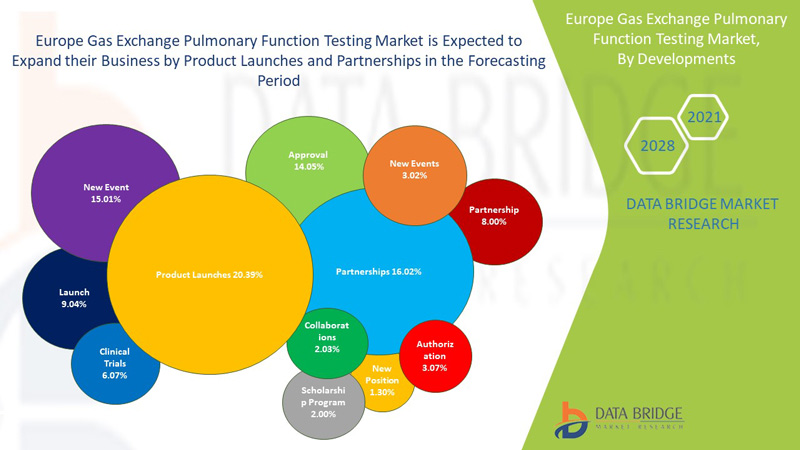 VYAIRE was founded in 2016 and had its base headquarters in Illinois, the U.S. It has private ownership. The company is the only global company focused exclusively on breathing through every stage of life. The company has various product categories such as Anesthesiology, Cardiology, Critical Care, Emergency Medicine, Infection, Control and Prevention, Neonatology, Operative Care, Pulmonology, Respiratory Therapy, Sports Medicine. The market-focused category is Pulmonology.

Geratherm Respiratory GmbH is headquartered in Germany, Europe. It has private ownership. The company is an innovative partner for medical products in the field of spirometry, pulmonary function testing (PFT), and cardiopulmonary exercise testing (CPET). The product categories include Spirometery, PFT, CPET, Flow Concept. The market-focused category is PFT.

The company has a wide global presence across North America, Europe, Asia-Pacific, Middle East and Africa.

M.E.C. MEDICAL ELECTRONIC CONSTRUCTION was founded in 1984 and is headquartered in Pennyslavania, the  U.S. It has private ownership. The company specializes its forefront of electronic cardiorespiratory and pulmonary function testing device distribution. The company offers a range of product categories such as Breath Test, Lung Function. The market-focused category is Lung Function.

The company has a global presence in Europe. There are no subsidiaries present.