Global E-Bike Market is expected to grow with the CAGR of 9.8% in the forecast period of 2020 to 2027. The years considered for study are as mentioned below. 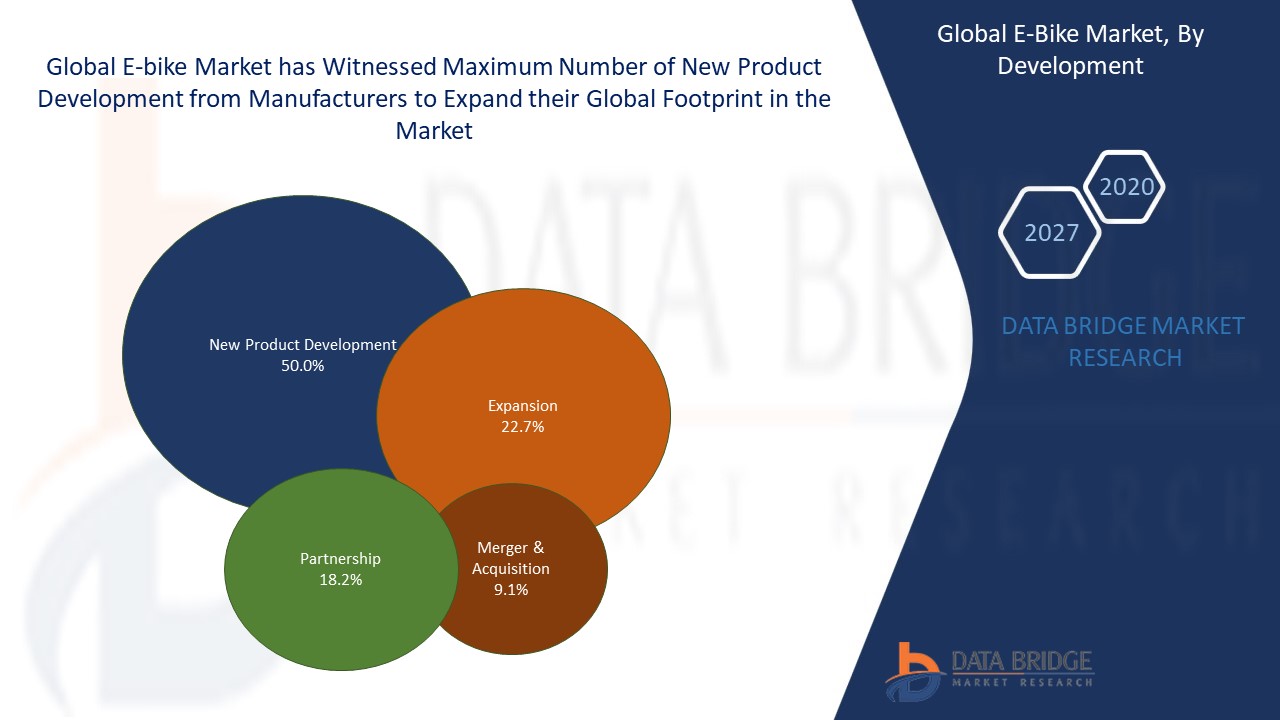 Giant Bicycles is headquartered in Taiwan, China and was founded in year 1972. The company is engaged in the production of high-quality electric bicycles, bicycles with aluminum frame and cycling gear. The company offers wide range of brand categories such as bikes, gear in which bikes are market focused categories.

Accell Group is headquartered in Heerenveen, Netherlands was founded in 1998. The company is engaged in manufacturing of e-bikes, bicycles, bicycle parts and accessories. Company operates in Bikes, Parts segments out of which bikes is market focused segment. company offers brand categories such as haibike, winora, ghost, batavus, koga, lapierre, raleigh, sparta, babboe, carqon, xlc, izip out of which haibike, raleigh, izip are market focused categories.

The company has wide global presence across Europe, Asia, North America and generates revenue from subsidiaries such as Winora Group (Germany), Batavus (Netherlands), Lapierre Bikes (France), Sparta B.V. (Netherlands), Raleigh Bicycle Company (U.K.) among others and among others.

WUXI YADEA EXPORT-IMPORT CO., LTD. is headquartered in Jiangsu Province, China was founded in 2001. The company is engaged in manufacturing and selling of electric bikes, electric scooter and their spare parts. Company offers product categories such as e-scooter, e-bike out of which e-bike is market focused category.

The company has presence across the globe in North America, South America, Europe, Asia-Pacific, and Africa.