The Global Sports Apparel Market is expected to grow with a CAGR of 5.2% in the forecast period of 2021 to 2028. The years considered for the study are as mentioned below.

The global sports apparel market is a highly consolidated market, which includes a specific number of key players as well as local players. The market has witnessed increased strategic developments owing to favorable market scenarios.

The major players dealing in the global sports apparel market are introducing a strong range of product portfolios. This helped companies to maximize sales with an enhanced product portfolio. 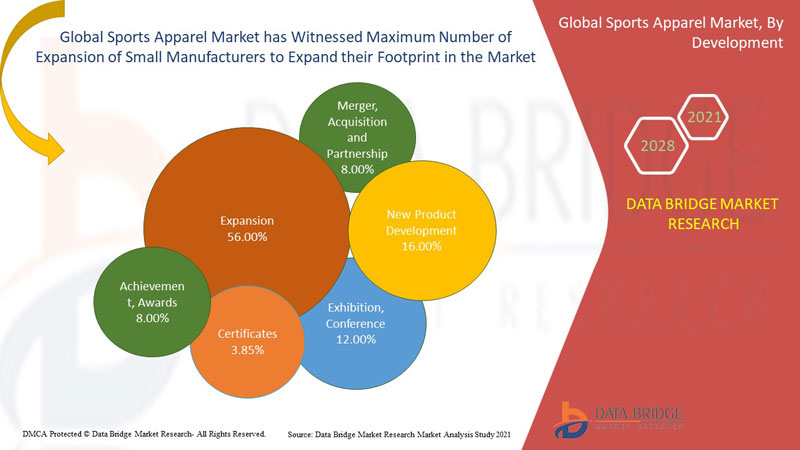 ADIDAS AG, which is headquartered in Herzogenaurach, Germany was founded in 1949 as a publicly owned company. The company is engaged in the manufacturing of sports and sports lifestyle products with independent manufacturing partners worldwide. The company has a wide product category such as Men, Women, Kids out of which our focused product category are Men and Women. The company has a wide global presence that spreads across North America, Latin America, Europe, and Asia-Pacific.

Lotto Spa, headquartered in Trevignano (TV), Italy is a private company that was founded in 1973. The company is engaged in the manufacturing of technical products for sportsmen and athletes that are in various sports. The company offers a wide range of product categories such as Men, Women, Junior, and Sport of which Men and Women are the market-focused categories. The company has a global presence across Africa, Asia, Australia, Europe, North America, South America and Others.