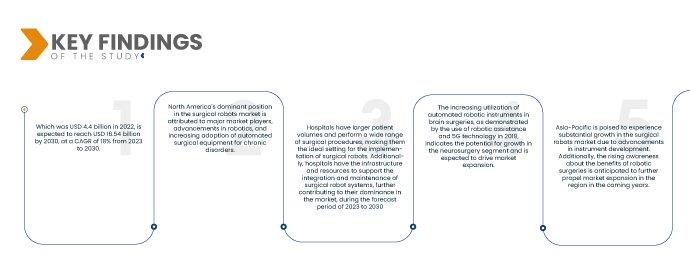 Founded in 1995 as Intuitive Surgical, Inc., and head quartered in Sunnyvale, California, U.S. is focused on designing, developing, manufacturing and marketing of robotic technologies and other related instruments and accessories. The company operates through three business segments: systems, instruments and accessories, and services and training.

Founded in 2001 and headquartered in Caesarea, Isreal. Mazor Robotics is engaged in the development, production, and marketing of medical devices used for surgical procedures in the fields of nanosurgery and orthopaedics. Mazor robotics operates in the field of image-guided surgery and computer assisted surgery.

Founded in 1941 by Dr. Homer H. Stryker and headquartered in Michigan, U.S. Stryker Corporation specializes in reconstructive, medical and surgical, and neuro technology and spine products. The company has three business segments- orthopedic implants, MedSurg, and Neurotechnology and spine.