Latin America Breast Reconstruction Market is expected to grow with the CAGR of 6.8% in the forecast period of 2020 to 2027. The years considered for study are as mentioned below.

The major players dealing in Latin America breast reconstruction market are introducing strong range of products provider along with launching new products and adopting strategic initiative such as acquisition, agreement into the market. This helped companies to maximize the sales with enhanced product portfolio. For instance, 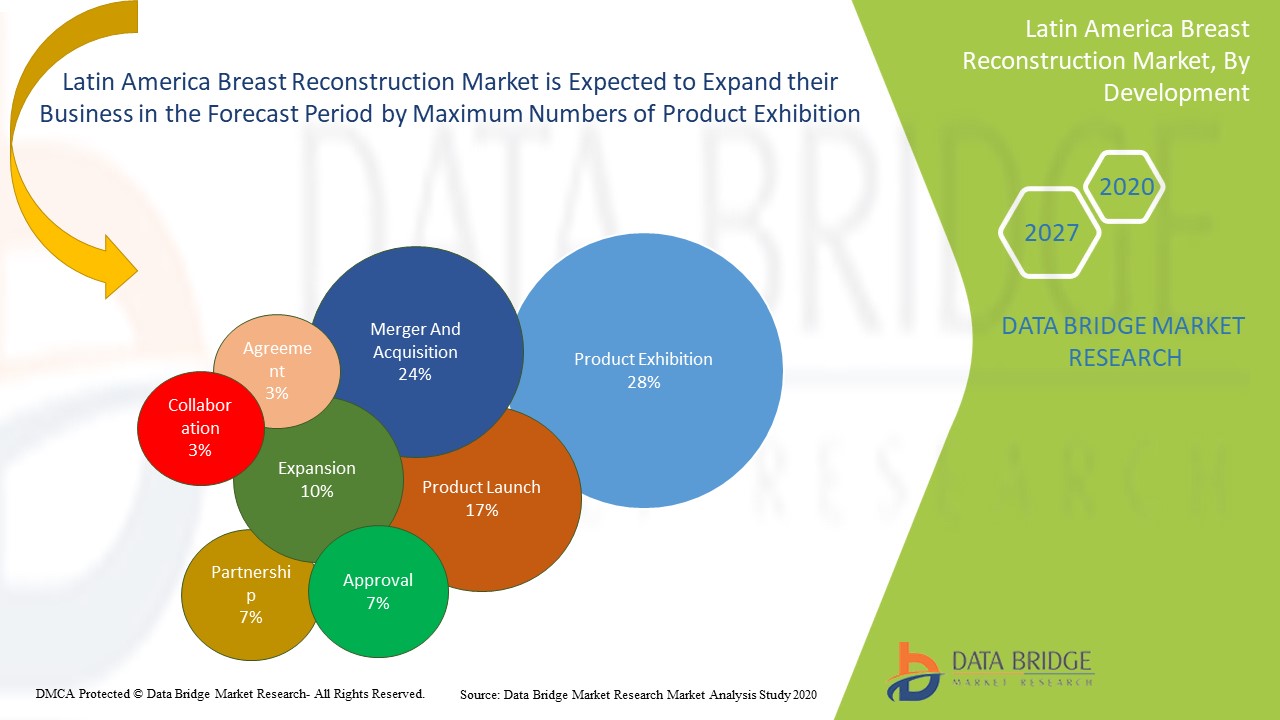 Johnson & Johnson Services, Inc. is headquartered in New Jersey, U.S and it was founded in year 1886 as public ownership. The company is engaged in research and development, manufacturing and sale of a wide range of products in the health care field. The company have business segment including Pharmaceutical, Medical Devices, Consumer. The company offers wide range of product categories such as Mentor, DePuy Synthes, Ethicon under which market focused category is Mentor. The company has employees around 135,000 (As of 2018).

AbbVie Inc. headquartered in Illinois, U.S. was founded in 2013. The company is company is a research-driven biopharmaceutical company which is engaged in providing therapeutics for the areas including immunology, oncology and neuroscience among more. The company has multiple business segments such as US Specialized Therapeutics, US General Medicine, International and others, in which US Specialized Therapeutics is the market focused segment. The company is providing products under Central Nervous System, Eye Care, Gastroenterology, Medical Aesthetics and Other. The market focus products lie under Medical Aesthetics product category. The company is engaged in expanding its business via various strategic initiatives.

Establishment Labs S.A. was founded in 2004 and is headquarters in Alajuela, Costa Rica. The company is engaged in the designing, developing, manufacturing and marketing of an innovative product portfolio consisting of advanced silicone-filled breast and body shaping implants. The company is engaged in providing products in categories like Motiva Implants, Divina, Puregraft among which Motiva Implants is the market focused category.