North America Automotive Coated Fabric Market is expected to grow at a steady CAGR of 3.7% in the forecast period 2020 to 2027. The years considered for study are as mentioned below.

An automotive coated fabric is a fabric that has been processed to enhance its durability, to stay stronger and resistant to weather conditions. Such fabrics are coated with the material that makes its surface more resistant to damage, instead of weaving a reinforcing fibre directly into the material. Polyethylene, the most basic plastic material is the most common coating which has demonstrated its strength through its use in the packaging industry. Other coatings include plastic and rubber resins, PVC, acrylic, polyvinyl chloride, laminates, and others.

The major players dealing in automotive coated fabric market are introducing strong range of product portfolio. This has also helped the company to maximize the sales with enhanced the product portfolio. For instance, In August 2019, CANADIAN GENERAL TOWER expanded its business in Europe by acquiring two French firms, AlkorDraka Industries and Alkor Medical Tubing. This will help the company in expanding its geographical locations and increasing customer base.  Adding to expansion of the business, this acquisition will generate revenue in mass from the industries.

The company has wide global presence across the globe. In addition to it, the company also generates its revenue from the various subsidiary companies such as Benecke-Kaliko(Germany),  Benchmark Drives GmbH & Co. KG(Germany),  Merlett Tecnoplastic Spa(Italy), Cadna Rubber Company, Inc.(U.S.), TEGU Walzen und Sleeves GmbH(Germany) and others.

CANADIAN GENERAL TOWER has headquartered in Ontario, Canada and it was founded in 1869. The company offers is a producer of coated fabrics and films by using high level of technology and innovation that are used in various applications.

The company has presence in Canada, U.S., China, France, and Japan

LG chem headquartered in Seoul, South Korea which was founded in 1947. The company is known for offering Petrochemicals, Energy Solutions, Advanced Materials, and Life Sciences.

The company has wide global presence across the globe such as Europe, Asia, Korea, U.S., Oceania. In addition to it, the company also generates its revenue from the various subsidiary companies such as LG Chemical America, Inc.(U.S.), LG Chem China Investment Co., Ltd.(China) Farm Hannong Co., Ltd.(Korean), LG Chem Power, Inc(Korean), LG Water Solutions(U.S.) and others. 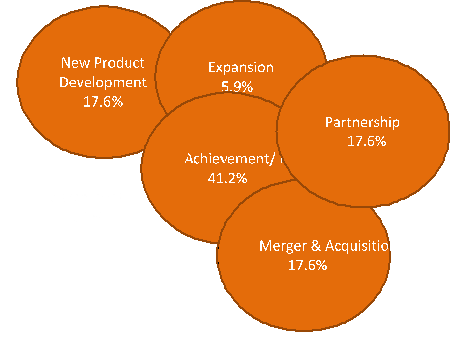