North America Cyclodextrins in Pharma Market is expected to grow with the CAGR of 3.5% in the forecast period of 2020 to 2027. The years considered for study are as mentioned below.

The major players dealing in North America cyclodextrins in pharma market are introducing strong range of products provider along with launching new products and adopting strategic initiative such as acquisition, agreement, business expansion, award and recognition into the market. This helped companies to maximize the sales with enhanced product portfolio. 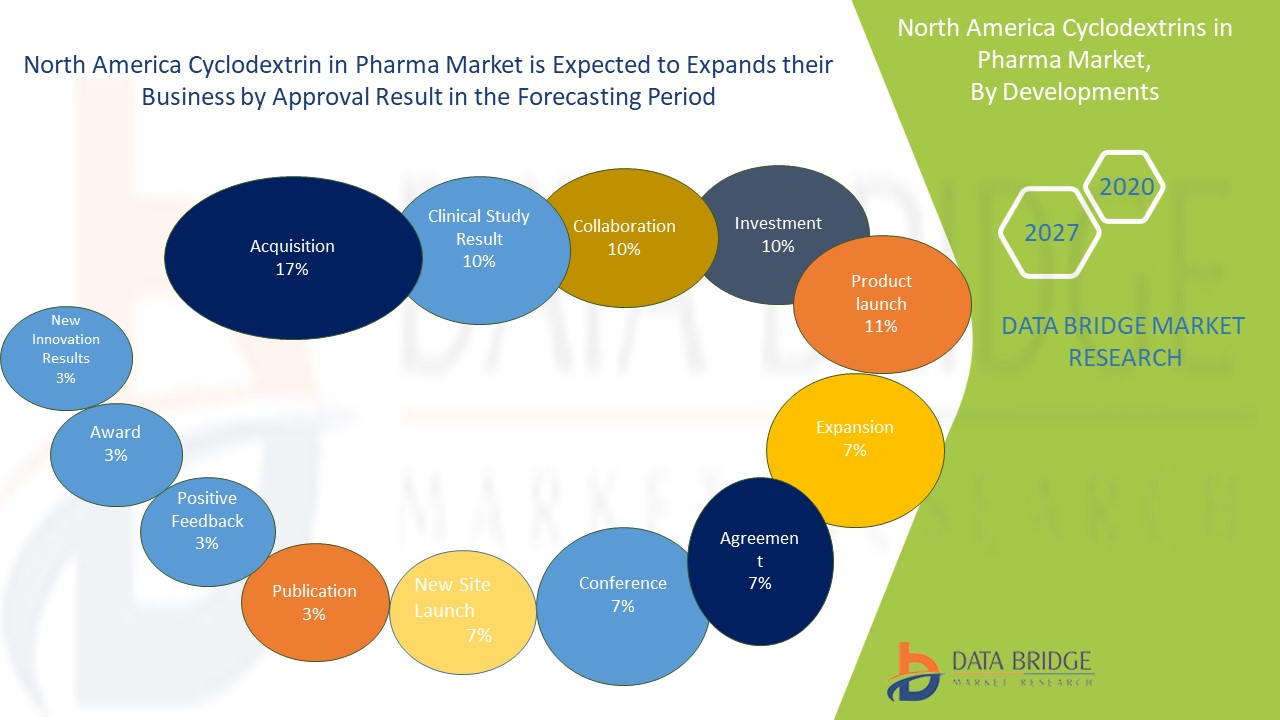 Roquette Frères headquarter is in Lestrem, France, was founded in 1933. Roquette Frères is one of the main leaders in plant-based plant substances and is the largest producer of pharmaceutical excipients. They offer the best natural ingredients in the food, nutrition and health markets. The company has wide product portfolio such as Bio Pharma, Pharma & Nutraceuticals, Cosmetics, Food & Nutrition, Animal Nutrition, Industrial Markets, Nutralys Plant Protein in which Pharma & Nutraceuticals is the market focused category.

Ligand Pharmaceuticals Incorporated headquartered in California, U.S. was founded in 1987. The company focuses on developing or acquiring technology that helps pharmaceutical companies discover and develop drugs. The company has wide product portfolio including Omniab, Captisol, Vernalis Design Platform, LTP Technology, Suretechnology Platform in which Captisol is the market focused product.

Global Cyclodextrins in Pharma Market – Industry Trends and Forecast to 2029

Europe Cyclodextrins in Pharma Market – Industry Trends and Forecast to 2030