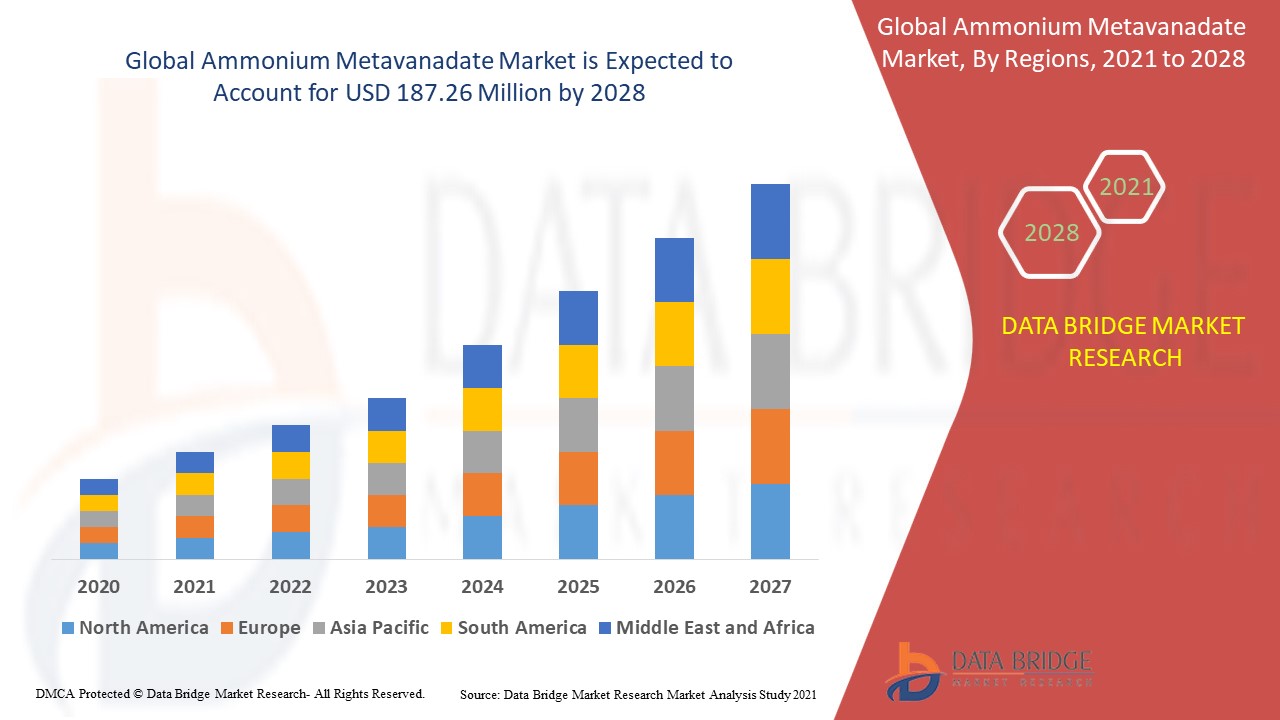 Ammonium metavanadate is known to be widely utilized as a transitional chemical for various commercially or industrially helpful compounds and elements. The compounds like manganese vanadate, silver vanadate and vanadium oxide are synthesized utilizing ammonium metavanadate.

The ammonium metavanadate market is segmented on the basis of form, purity and application. The growth amongst the different segments helps you in attaining the knowledge related to the different growth factors expected to be prevalent throughout the market and formulate different strategies to help identify core application areas and the difference in your target markets.

The ammonium metavanadate market is analysed and market size, volume information is provided by country, form, purity and application as referenced above.