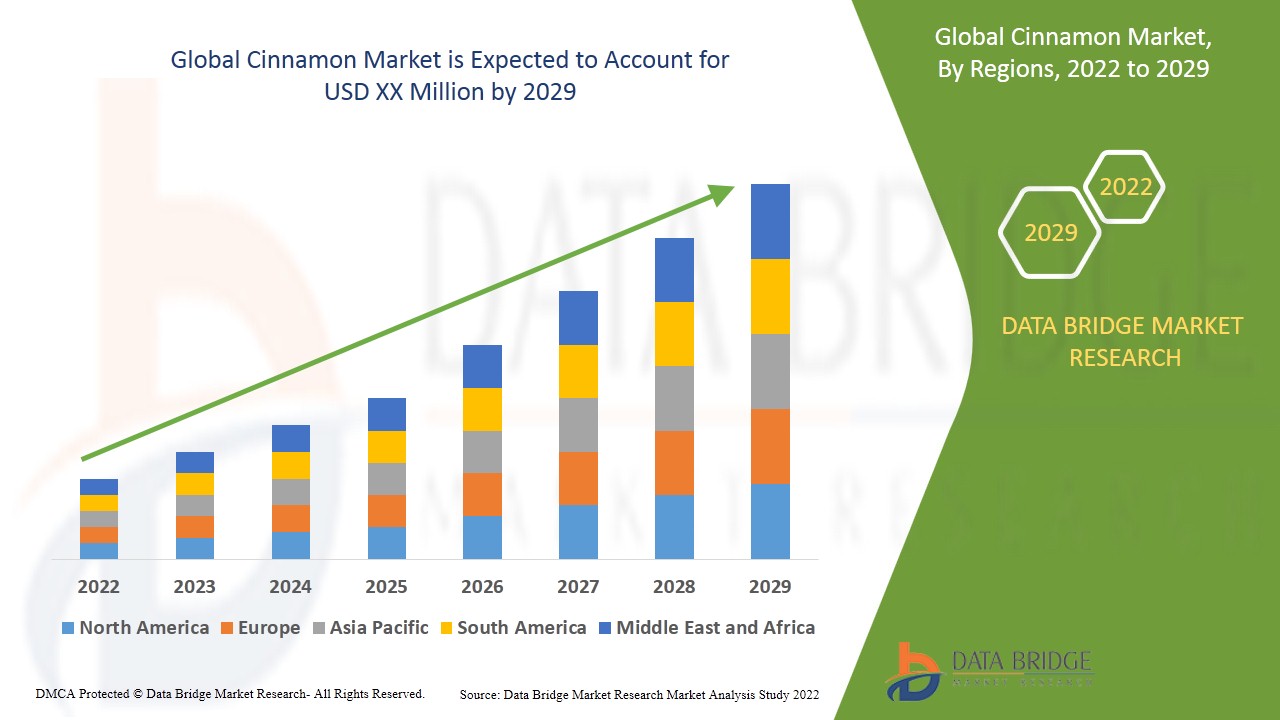 Data Bridge Market Research analyses that the global cinnamon market is growing at a CAGR of 11.20% in the forecast period of 2022-2029.

Cinnamon is a spice that you can get from the cinnamomum genus from the inner bark of tropical tree species. They are mainly used in products such as medicines, cosmetic, chocolate and confectionary, soups and sauces and others.

In addition, ability to manage the blood sugar level will create ample opportunities for the cinnamon market.

The cinnamon market is segmented on the basis of type, application, distribution channel, end- users and forms. The growth among segments helps you analyse niche pockets of growth and strategies to approach the market and determine your core application areas and the difference in your target markets.

The cinnamon market is segmented on the basis of type, application, distribution channel, end- users and forms.

North America dominate the cinnamon market and will continue to flourish its trend of dominance during the forecast period due to increasing demand for herbal and healthy products in this region. Asia-Pacific and Europe region is expected to score the highest CAGR due to the rising awareness about the advantages of cinnamon in the region.

The country section of the cinnamon market report also provides individual market impacting factors and changes in regulation in the market domestically that impacts the current and future trends of the market. Data points such as consumption volumes, production sites and volumes, import export analysis, price trend analysis, cost of raw materials, down-stream and upstream value chain analysis are some of the major pointers used to forecast the market scenario for individual countries. Also, presence and availability of global brands and their challenges faced due to large or scarce competition from local and domestic brands, impact of domestic tariffs and trade routes are considered while providing forecast analysis of the country data.

Data Bridge Market Research is a leader in advanced formative research. We take pride in servicing our existing and new customers with data and analysis that match and suits their goal. The report can be customised to include price trend analysis of target brands understanding the market for additional countries (ask for the list of countries), clinical trial results data, literature review, refurbished market and product base analysis. Market analysis of target competitors can be analysed from technology-based analysis to market portfolio strategies. We can add as many competitors that you require data about in the format and data style you are looking for. Our team of analysts can also provide you data in crude raw excel files pivot tables (Fact book) or can assist you in creating presentations from the data sets available in the report.