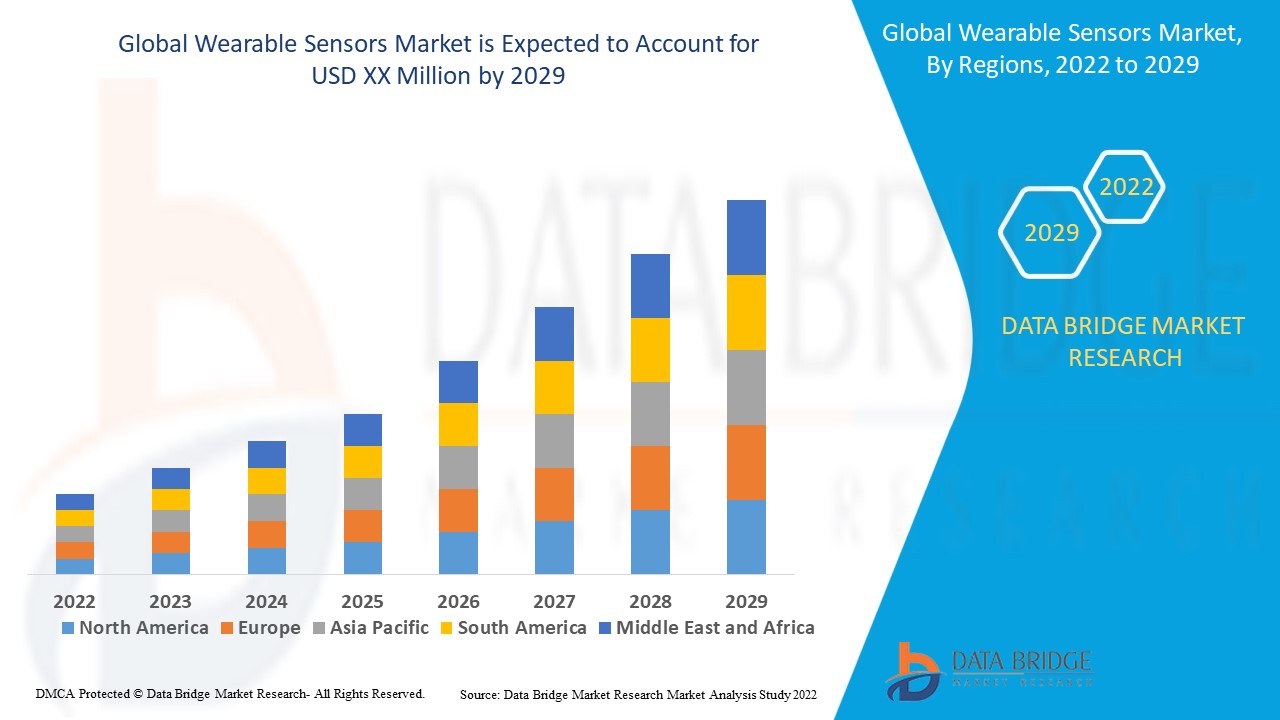 Data Bridge Market Research analyses the wearable sensors market will exhibit a CAGR of 46.75% for the forecast period of 2022-2029.

In continuous physiological observation or tracking, a wearable sensor assists with less manual interference and low cost. Such sensors assist in the collection and transmission of information about their surroundings, as well as navigation. Wearable sensors are currently found in a wide range of devices, including wristwatches, headgear, glasses, cell phones, shoes, shirts, and headphones.

The wearable sensors market is analysed and market size, volume information is provided by country, type, application and end-user as referenced above.

North America dominates the wearable sensors market and will continue to flourish its trend of dominance during the forecast period due to the increase in government initiatives for the health monitoring systems and the presence of major key players in this region. Asia-Pacific will, however, register the highest CAGR for this period due to the growing awareness about the product benefits.

The country section of the wearable sensors market report also provides individual market impacting factors and changes in regulation in the market domestically that impacts the current and future trends of the market. Data points such as consumption volumes, production sites and volumes, import export analysis, price trend analysis, cost of raw materials, down-stream and upstream value chain analysis are some of the major pointers used to forecast the market scenario for individual countries. Also, presence and availability of global brands and their challenges faced due to large or scarce competition from local and domestic brands, impact of domestic tariffs and trade routes are considered while providing forecast analysis of the country data.