Global Animation Market is expected to grow with the CAGR of 13.8% in the forecast period of 2021 to 2028. The years considered for study are as mentioned below. 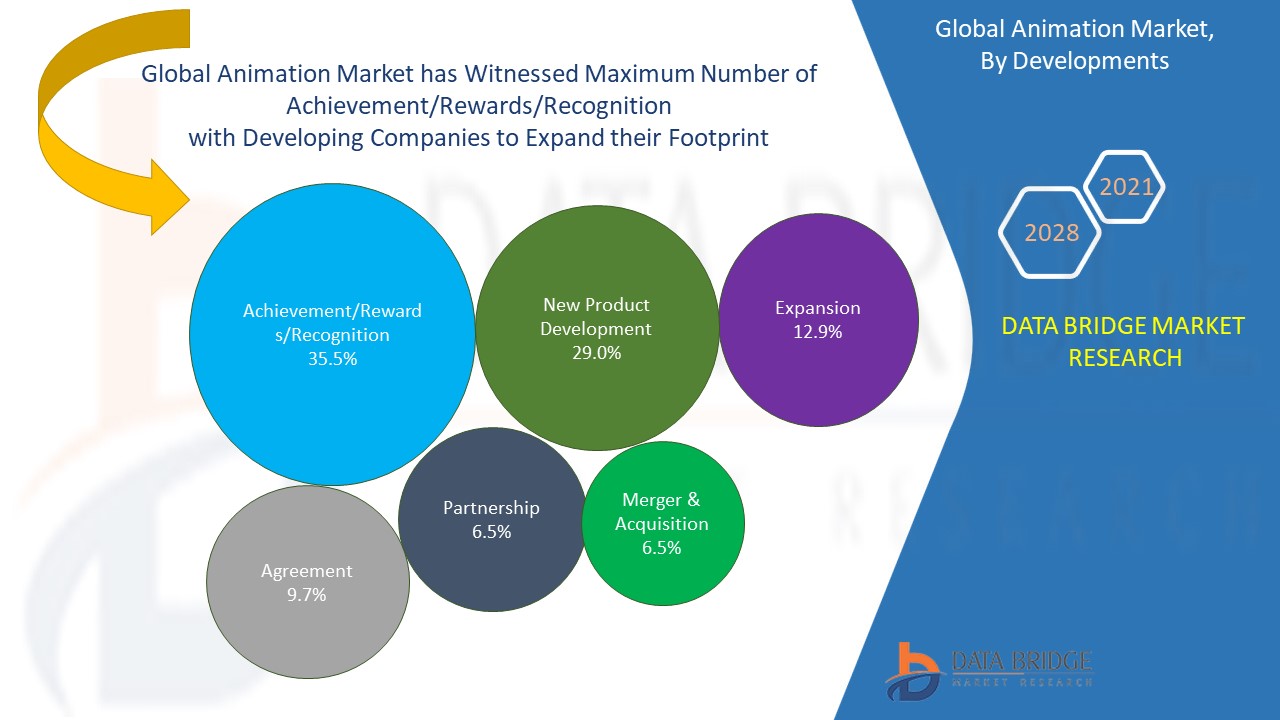 Disney was founded in 1923 and is headquartered in California, U.S. The company entertains, informs, and inspire people globally with the power of unparalleled storytelling, which reflects the iconic brands, creative minds, and innovative technologies that makes company the world’s premier entertainment company. The business segments of the company include media networks; parks, experiences and products; entertainment studios; and direct-to-consumer & international. The market focused business segment is entertainment studios. The product categories of the company include Disney parks, content groups, Disney media and entertainment distribution, and experiences and products. The market focused category is content groups.

The company has presence in U.S., Europe, Asia-Pacific, and Latin America.

Warner Media LLC was founded in 1972 and headquartered in New York, U.S. The company has a powerful portfolio of iconic entertainment, news, and sports brands. The company brings people, technology, and the world’s best storytellers together to drive culture and meaningful connection. The business segments of the company include communications, warner media, and Latin America. The market focused business segment is warner media. The brand categories of the company include HBO Max, Warner Bros, CNN, Cartoon Network, and among others. The market focused brand categories are Warner Bros, Cartoon Network, and Pogo.

The company has presence in U.S., Latin America.

DREAMWORKS ANIMATION was founded in 1994 and is headquartered in California, U.S. The company explains about stories about dreams and the journeys unconventional heroes take to make them come true, striving for the highest quality animation and the best storytelling imaginable. DreamWorks delivers innovative films and television series that encourages all to imagine something different. The product categories of the company include movies and TV shows. The market focused categories are movies and TV shows.

The company has presence in North America, Europe, Asia-Pacific, Middle East and Africa, and South America.