Global Power Tools Market is expected to grow with the CAGR of 4.7% in the forecast period of 2020 to 2027. The years considered for study are as mentioned below.

The major players dealing in global power tools market are introducing strong range of product portfolio. This helped companies to maximize the sales with enhanced product portfolio. For instance, in June 2020, Milwaukee, a power tool division of Techtronic Industries Co. Ltd. launched Cordless 1” D-Handle High Torque Impact Wrench, this product will be used in fastening applications of 2” bolts and features with 2,000 ft-lbs of nut-busting torque. 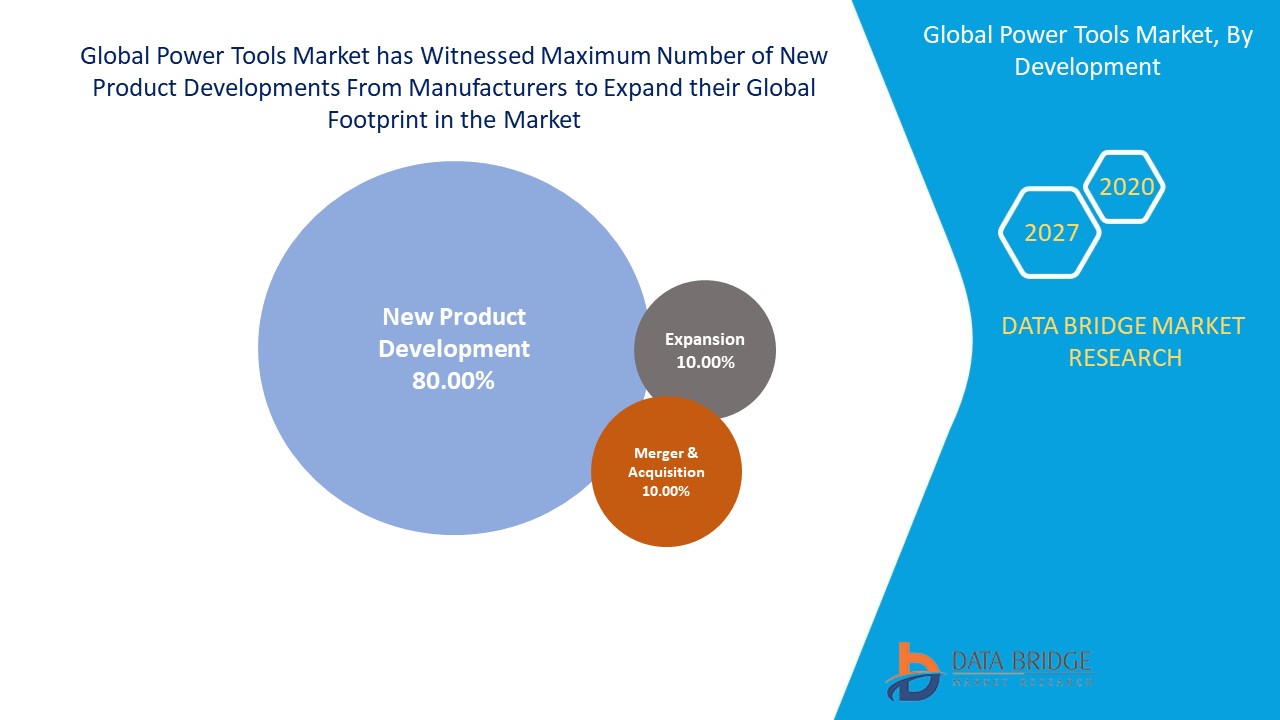 The company has presence across the globe in Americas, Africa & Middle East, Asia/Oceania, and Europe. In addition to it, the company also generates its revenue from the various subsidiary companies such as Dolmar (Germany), Makita (Australia) Pty Limited (Australia), Makita U.S.A., Inc. (U.S.), Makita Corporation of America (U.S.) Makita (China) Co., Ltd. (China) among others.