Middle East and Africa Solar and Motorcycle Battery Market is expected to grow with a CAGR of 8.7% in the forecast period of 2021 to 2028. The years considered for the study are as mentioned below.

The Middle East and Africa solar and motorcycle battery market is highly consolidated, which includes a specific number of key players. The market has witnessed increased strategic developments owing to favorable market scenarios.

The major players dealing in the Middle East and Africa solar and motorcycle battery market are introducing a strong range of products provider along with launching new products and adopting strategic initiatives such as acquisition, agreement, business expansion, award, and recognition into the market. This helped companies to maximize sales with an enhanced product portfolio. 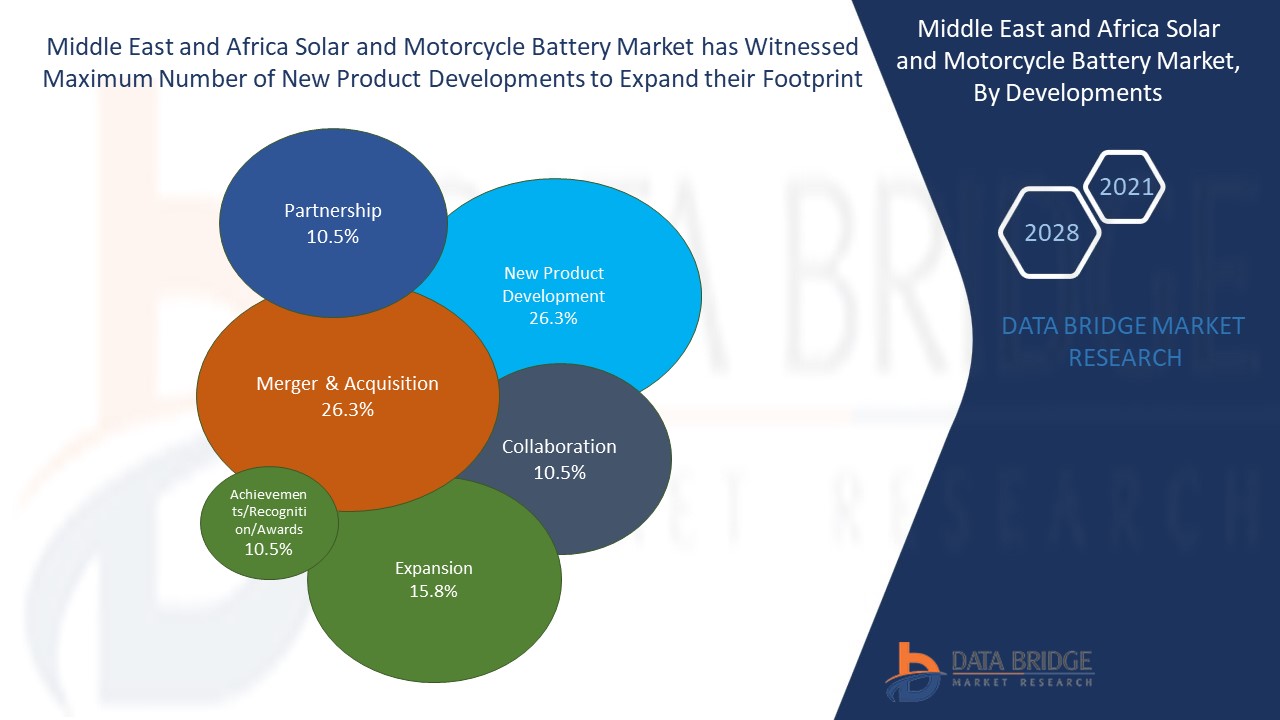 Exide Technologies, founded in the year 1888, is headquartered in Gennevilliers, France. The company provides batteries for transportation, industrial, logistics motive sectors, among others. The company has several product and service categories, including transportation, GNB Motive, BNM Network, in which transportation is the market-focused category.

The company has a wide presence across Europe, Asia-Pacific, and the Middle East and Africa.