According to a study published in The Permanente Journal in 2016, plant-based diets have gone mainstream because the benefits have been widely established in several research studies. Furthermore, the recent trend indicates healthcare practitioners encourage plant-based eating incredible results have been observed in their patients. Therefore, the increasing awareness regarding the positive health benefits of consumption of plant-based foods is the major factor that is driving the growth of the global plant-based egg replacers market in the forecast period. 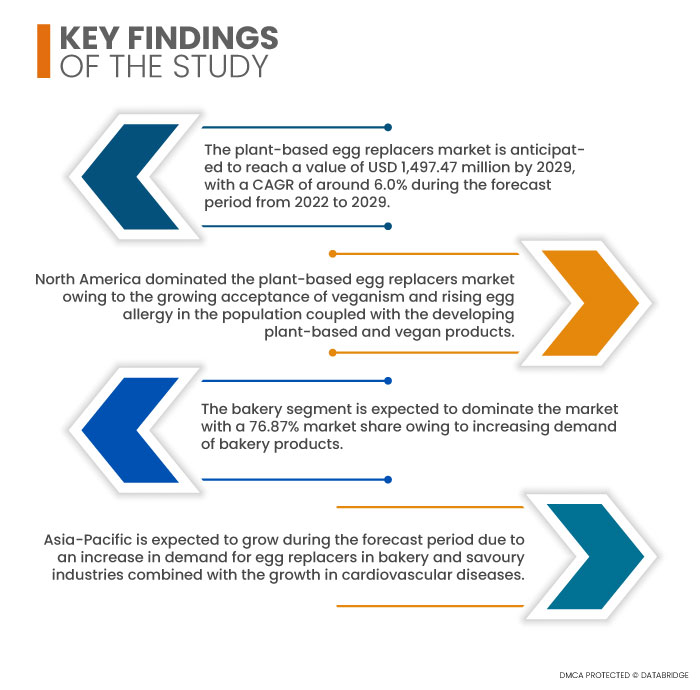 Surge in the Vegetarian, Vegan and Flexitarian Population is projected to accelerate the Market Expansion

The production of meat and other animal products has a significant environmental impact, ranging from the crops and water required to feed the animals to transportation and other farm-to-for fork procedures. The massive amount of grain feed required for meat production contributes significantly to deforestation, habitat loss, and species extinction. On the other hand, a vegan diet requires significantly fewer crops and water to sustain, making the transition to veganism one of the simplest, most pleasant, and most successful methods to reduce our impact on the environment. This has led to a significant increase in the vegan population. Moreover, flexitarianism, popularized by urban millennials, is a way of eating that encourages customers to choose plant-based meals in a few meals or days a week rather than eliminating meat or animal products from their diets. The expanding flexitarian, as well as the veganism movement, has raised the demand for meat and egg replacements, thus boosting the market growth.

In 2022, soy protein segment is expected to dominate the market with a 19.02% market share due to the increasing demand for soy protein to give the plant-based egg a great texture and to imitate the texture of conventional eggs among manufacturers. Soy protein are one of the few vegetarian sources of total protein that contain all of the essential amino acids that humans require.

In 2022, non-GMO segment is expected to dominate the global plant-based egg replacers market

In 2022, the non-GMO segment is expected to dominate the market with a market share of 83.15% as most consumers demand non-GMO plant-based products due to its affordability and easy availability. Moreover, the organic non-GMO plant proteins in the diet help to lower the risk of heart disease, cholesterol, systolic blood pressure, obesity in children, and mortality. 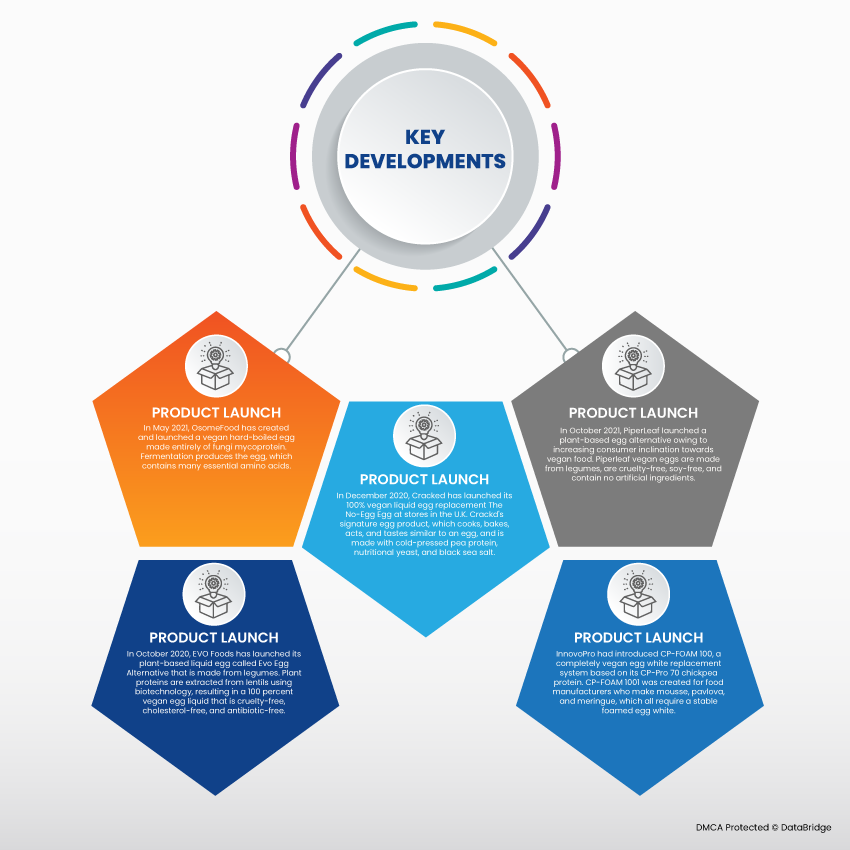 North America dominated the plant-based egg replacers market due to the growing acceptance of veganism and rising egg allergy. North America will continue to dominate the plant-based egg replacers market in terms of market share and market revenue and will continue to flourish its dominance during the forecast period. This is due to the major industrialists are focusing on developing plant-based and vegan products to fulfill consumer demands in this region.

Asia-Pacific is expected to grow during the forecast period due to an increase in demand for egg replacers in bakery and savory industries. Moreover, egg replacers offer low cholesterol characteristic and the growth in cardiovascular diseases.

Plant-Based Egg Replacers: A Healthier as well as a Sustainable Alternative to Egg

Plant-based alternatives have become increasingly popular in recent years across a wide range of food categories and applications. Many factors, including allergenicity, sustainability, and consumer shifts toward flexitarian diets, have fueled this trend. Vegan eggs are becoming more popular as a healthier alternative to eggs because they do not contain cholesterol. This corresponds to market trends, with 41.2% of launches claiming to have low, no, or reduced cholesterol. This industry also concentrates on developing products with lower sugar, fat, saturated fat, and sodium content. Because consumers prefer food products that are free of additives and preservatives, a growing trend is promoting the use of natural and clean label ingredients. Declarations such as GMO-free (35.3%), organic (27.4%), no additives/preservatives (22.5%), free from added/artificial preservatives (7.8%), and free from added/artificial colorings (7.8%) reflected this (5.9%). Consumers are becoming aware of the disadvantages associated with the eggs. Owing to the various advantages of plant-based egg replacers, they emerge as a healthier alternative to eggs.

Moreover, the intensive confinement systems, high water and feed usage, and high waste output characterize the majority of egg production in the United States. Layer hens produce multiple tonnes of manure for every tonne of chicken eggs. Water pollution from waste used as fertilizer is a major contributor to biodiversity loss in streams and ocean dead zones across the United States, and ammonia emissions from this waste are a health and safety concern on farms. The production of plant-based egg replacers is more sustainable as compared to the conventional egg production method. Therefore, to avoid the issues and complications associated with the egg production, the plant-based egg replacers are increasingly gaining popularity.