Middle East and Africa Caprylic/Capric Triglycerides Market is expected to grow with the CAGR of 5.1% in the forecast period of 2020 to 2027. The years considered for study are as mentioned below.

The major players dealing in Middle East and Africa caprylic/capric triglycerides market are introducing strong range of product portfolio. This helped companies to maximize the sales with enhanced product portfolio. For Instance, in May 2017, Croda International Plc announced the expansion of their project at their manufacturing site at HULL in Yorkshire. Through this expansion, the company aimed to expand their product portfolio in the market. 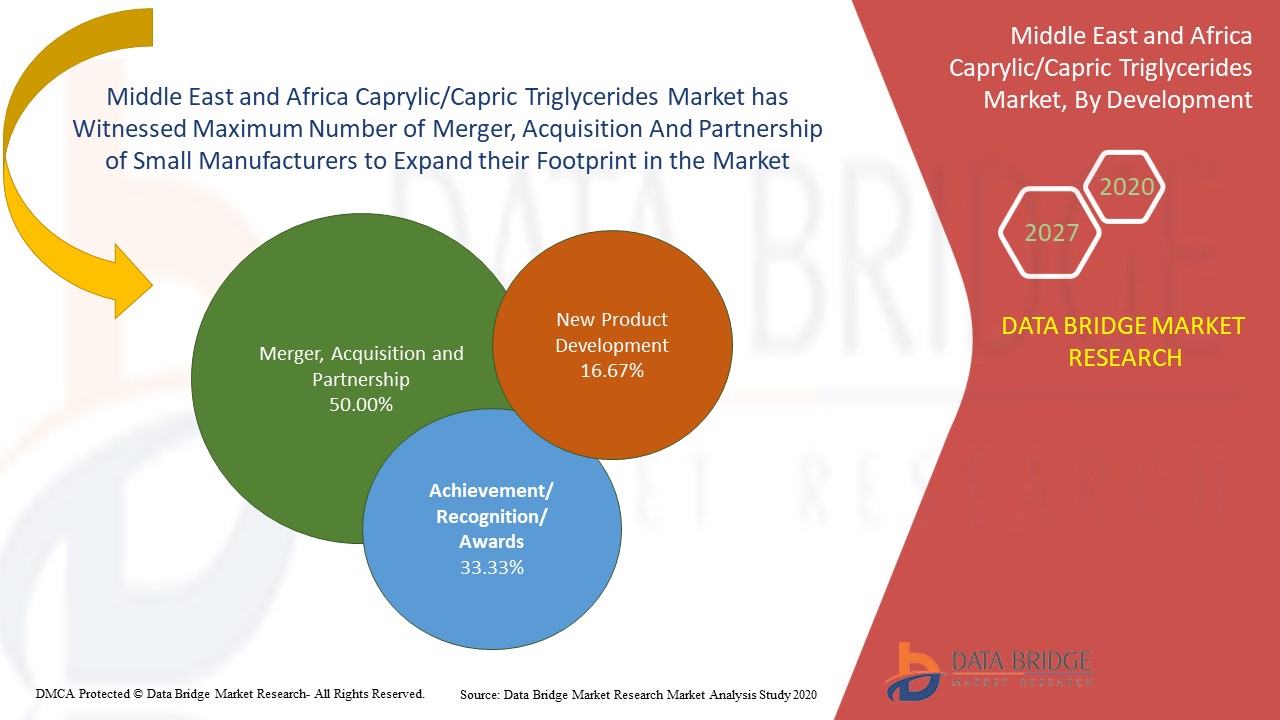 IOI Oleo GmbH is headquartered in Hamburg, Germany and was founded in 1905 which is engaged in the manufacturing of oleochemicals for personal care, pharma and other industries. The company offers various products personal care, pharma, nutrition, technical applications, basic oleol and the market focused product is pharma.

The company has wide global presence in Europe.

Oleon NV was founded in 1950s and is headquartered in Ghent, Belgium. The company is engaged in converting natural fats and oils into oleochemical products, such as fatty acids, glycerin, esters, dimers, technical oils and other products. The company offers products such as Base oleochemicals, derivatives among which derivatives is market focused segment.

The company has wide global presence in Europe, Asia-Pacific and the U.S.

Berg + Schmidt GmbH & Co were founded in 1975 and are headquartered in Hamburg, Germany. The company is engaged in the manufacturing of food and feed ingredients products. The company offers various products such as feed fats, conjugated linoleic acids, phospholipids, enzymes, functional lipids, micro-encapsulated nutrients, stabilizers out of which Functional Lipids is the market focused category.

The company has wide global presence in Europe, Asia and America.